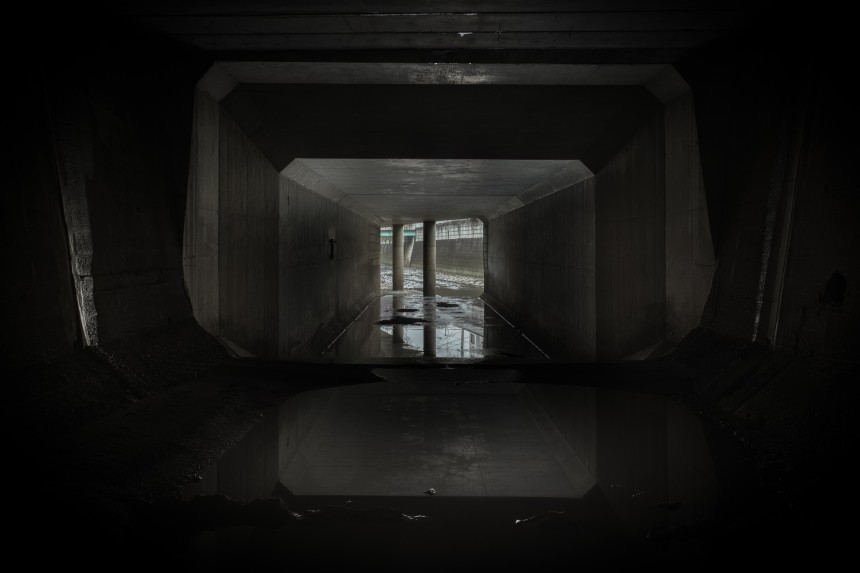 The work on the video installation Leinkauf created for his exhibition at The Container, Endogenous error terms, started over seven years ago, while he was completing a residency at Tokyo Wonder Site (now has been renamed Tokyo Arts and Space), some six months after the Great East Japan disaster in 2011, that was followed by the nuclear accident in the reactors of Fukushima Daiichi power plant complex. The earthquake, tsunami, and nuclear crises left a strong impression on Leinkauf and prompted him to investigate sheltered urban architectural spaces that are usually unseen or explored by the public. His research led him to an entire underground system of roads and tunnels, beneath the surface of the city, originally created over the last centuries by drilling into the subsoil to help control rivers and tides. Some of these secretive sites are hidden under Tokyo’s most iconic locations, such as Shibuya Crossing.

The following seven years, since his visit to Tokyo, saw Leinkauf exploring and documenting similar underground road systems all over the world, including cities across Europe such as Athens, Munich, Vienna and Florence, and stretching internationally as far as Mongolia. The Container is delighted to showcase this new video installation, the fruits of years of work, research, and extensive travels, in the city that inspired the entire project, Tokyo.