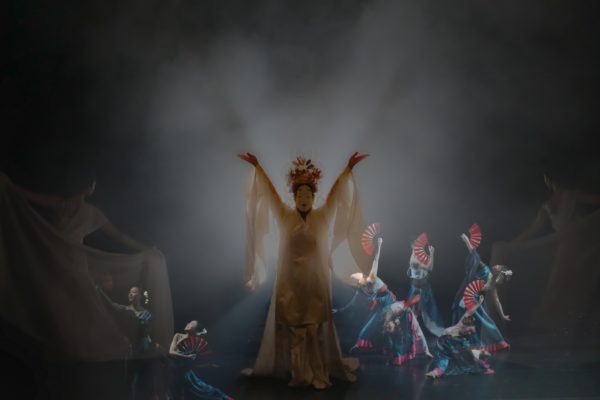 After getting rave reviews for the performance during the Winter Olympic games in South Korea, this dance troupe have decided to bring the production back to its cultural home. Mixing traditional Noh and Kabuki style performances with modern styles of dance, the IZANAMI project’s MIYABI looks to awe the viewers that come to see the performance!

Since being performed on the same day as the Opening Ceremony of the Pyongchang Winter Olympics, the production has been scaled up to nearly double the amount of performers, as well as adding new parts to the performance!

The tickets are being offered via crowdfunding in order to give people the opportunity to buy tickets (as well as get special selected seating tickets) and get various goods at a reduced price! Tickets cost ¥4,800 via Japankuru Funding and the event will be held at Nihonbashi Auditorium.