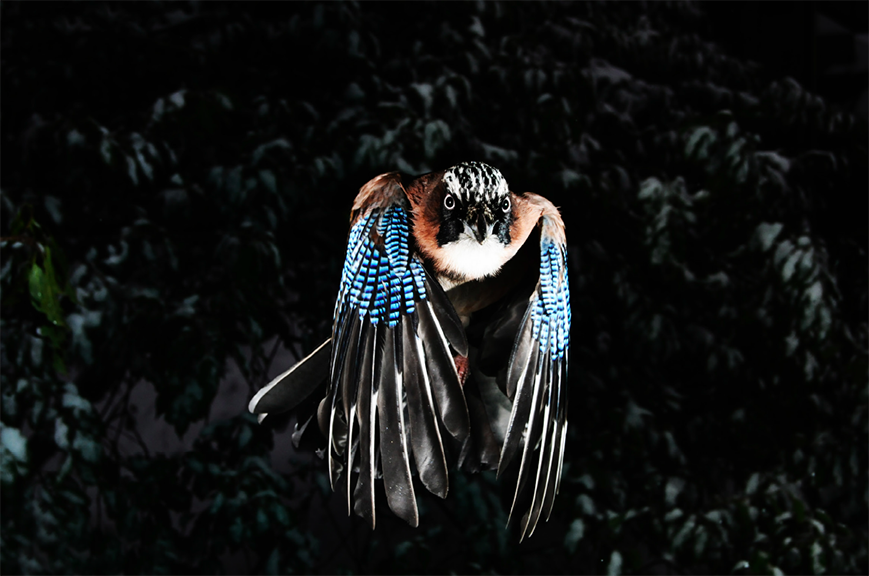 The Tokyo Photographic Art Museum is proud to present Miyazaki Manabu: Wild Animals Now. Miyazaki Manabu was born in 1949 in the village of Minakata (now Nakagawa), Kamiina-gun, Nagano Prefecture, in the foothills of Japan’s Central Alps. He began his career as a freelance photographer in 1972, making effective use of the spectacular natural beauty of Inadani (the Ina Valley) in his work. He continues today to explore the natural beauty of Japan as the “photojournalist of the natural world.”

Miyazaki positions the infrared sensor-controlled robotic camera he developed on paths created by wildlife. This technique, which he pioneered, opened up his distinctive territory, enabling him to photograph his Animal Trail series, photographs of elusive creatures in the wild. His themes also include social issues that arise in human societies in relation to animal ecologies, including wild animals who appear frequently near spaces inhabited by human beings and invasive species.

The concept for his newest series is to show us the forests where animals live through the animals’ own eyes. To produce these photographs, he carefully examines the traces left by animal activity before positioning his robotic camera to capture extraordinary photographs of scenes normally unseen by human eyes. In this exhibition we follow the traces of Miyazaki’s creative activities for what has been nearly a half century, silently inscribing indelible images of Nature in our hearts and minds.