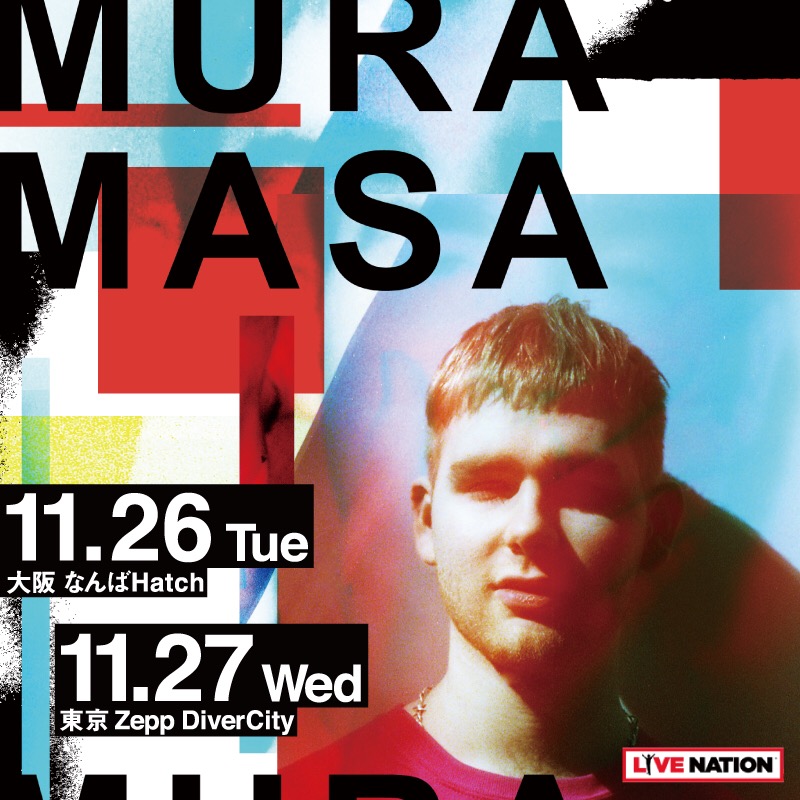 UK born and raised music producer Mura Masa has made waves in the electronic music scene since his initial debut in 2015. Mura Masa’s Japanese fanbase has steadily grown over the last four years, with the producer performing SOLD OUT shows to packed audiences. With the release of Mura Masa’s highly anticipated new single titled, ‘I Don’t Think I Can Do This Again,’ the producer is set to experience another successful tour this upcoming November, with gig locations in both Tokyo and Osaka.

The official website for tickets, dates and further details about the tour.