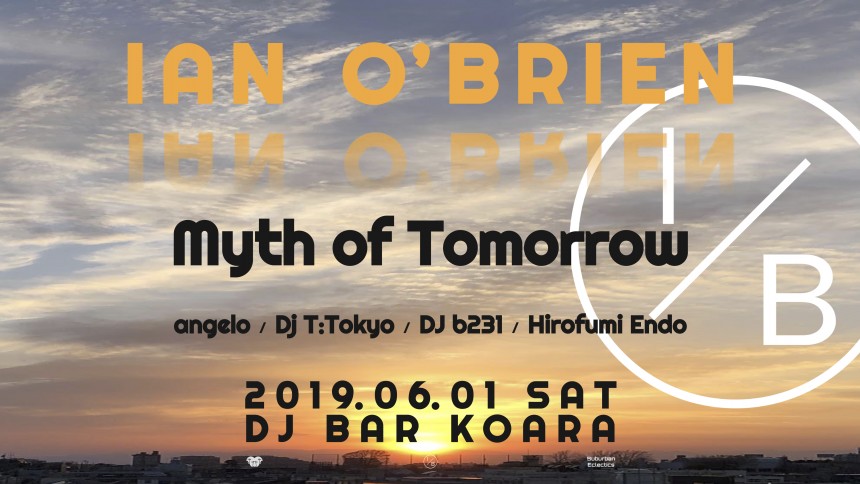 “Master of Detroit Techno and Crossover Jazz—Ian o’Brien at DJ BAR KOARA for the first time ever!”

Ever since his debut in 1995, Ian o’Brien has made many brilliant achievements over the past 24 years as one of the top artists/DJs in the world.

On Saturday, June 1st, you will witness the magical moment of Ian selecting and playing music for the first time at a club called DJ BAR KOARA in Shibuya, Tokyo, known for its well reputed and authentic sound system.

Ian o’Brien brings all about Detroit Techno to life, and with his love for sounds created by artists like Derrick May and Underground Resistance, Ian fuses his passion for jazz into techno remarkably and beautifully. Ian’s unique musical approach and distinctive sound stands out from the rest of the artists, and it is described as “Hi-Tech Jazz”, a hybrid of jazz and modern techno.

Including his latest album “Understanding Is Everything”, Ian o’Brien has released 4 studio albums, 1 DJ mix album, and 2 compilation albums which contain previously unreleased tracks and new compositions. With his deep musicality and creativity, from techno to crossover jazz, funk, electronica and ambient, all of his songs and albums have received high acclaims.

There are other compilation albums like the series of “The Soul Of Science” with Kirk Degiorgio and “Abstract Funk Theory”, and bearing in mind about all of his remix works of other artists like Jazzanova, Rei Harakami, Hipnotic and LA Synthesis to name a few, songs and tracks Ian o’Brien has created to date are countless.

Over the past few years, Ian o’Brien has not often been appearing at club venues nor at DJ parties, and so this event “MYTH OF TOMORROW” taking place on Saturday, June 1st at DJ BAR KOARA will be the rare and precious appearance of Ian to perform as a DJ. If you are a lover of techno, tech house, club jazz, nu jazz and ambient, you don’t want to miss this!