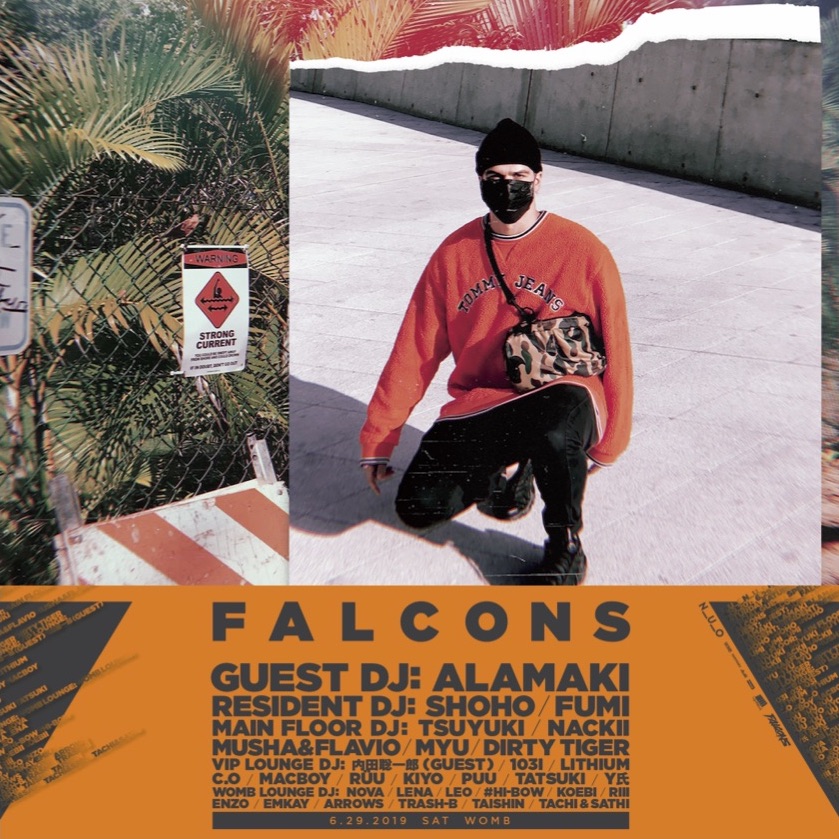 N_U_O is a party based on the concept of Neo Urban Original, which captures the current Tokyo scene, revolving around bass music. We’ll be joined by LA-based FALCONS who stand at the forefront of a new generation that mixes hip-hop, R&B and various other types of electronic music. He has released a series of singles, including “Boo You Know ft. Goldlink” and “Want Your Body” on Fool’s Gold Records. The artist has also been lauded by media like Hypebeast and Fader. He will be accompanied by artists who are active in the local Tokyo scene, including young residents SHOHO and FUMI, who lay down top-class grooves in Tokyo.
Music: bass, hip-hop, R&B, trap