MASTERPIECES FROM THE NATIONAL GALLERY, LONDON

MASTERPIECES FROM THE NATIONAL GALLERY, LONDON

The National Gallery, London, was founded in 1824 and is one of the world’s leading museums specializing in Western painting. This exhibition introduces 61 masterpieces from the Gallery’s collection ranging in date from the Renaissance to the Post-Impressionists. This is the first large-scale presentation of works from the National Gallery outside of Britain, and features the first Japanese display of all of the works, including Carlo Crivelli’s The Annunciation, with Saint Emidius and Van Gogh’s Sunflowers.

The collection of the National Gallery, unlike other major European museums based on their country’s royal collections, was assembled by the people for the people. The broad ranging and inclusive collection, which contains works that date from the latter half of the 13th century through the beginning of the 20th century, can be considered a “textbook of the history of European painting.” Indeed, this collection became the model for the North American museum collections formed in later years. This exhibition focuses on the Gallery’s major feature of being a Western art museum founded in Britain and is arranged in the following seven thematic groupings. Namely, collecting the Italian Renaissance, Dutch Painting of the Golden Age, Van Dyck and British portraiture, the Grand Tour, the Discovery of Spain, Landscape and the Picturesque, and French modern art in Britain. The exhibition will provide an overview of European painting history while also considering how European art was received in Britain and the history of artistic interactions between England and the European continent.

A date/time reservation ticket is required for the Masterpieces of The National Gallery, London exhibition. These tickets are not available at the museum, please purchase them prior to visiting. See HERE for detail 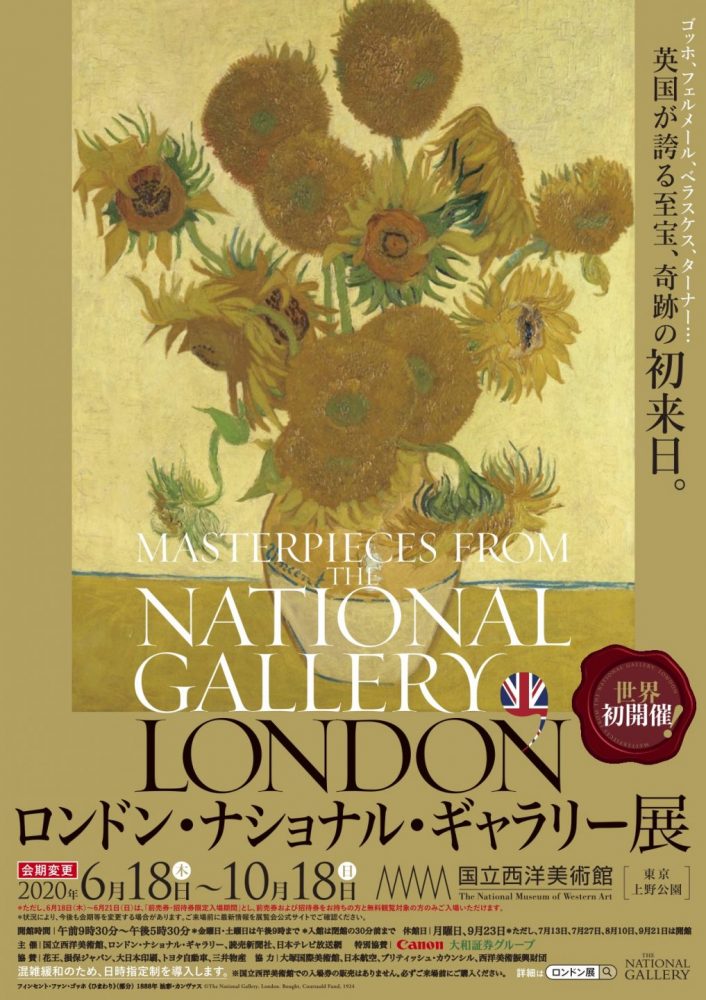