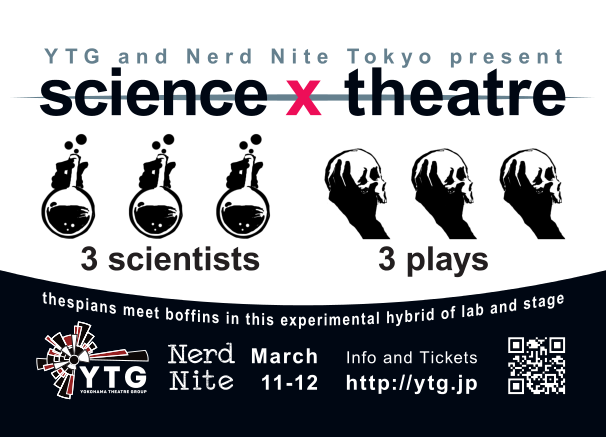 When science meets theater, expect big ideas, big bangs, and maybe even some laughs.
How do you act out nanoscale Brownian motion? Can you fit a model of a satellite on stage? What kind of costume conveys “artificial life”? Actors and playwrights will face questions like these in March when they embark on “science x theatre,” a bold experiment of the Yokohama Theatre Group and Nerd Nite Tokyo. Science will be the message, but theater is the medium: what are the implications of science, how does it affect real people, and what are these experiments and discoveries all about?
This show emerges from discussions between scientists and theater teams, who have one week to create their plays, blending fact and fiction. The scientific presentations will precede each play when they are performed on March 11 and 12.