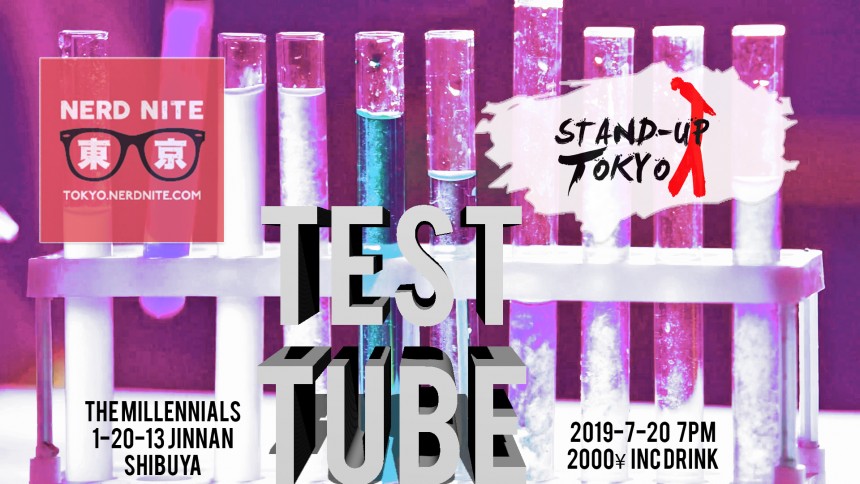 The first time ever, two of Tokyo’s most popular English-speaking events are joining forces. Nerd Nite and Stand Up Tokyo are dropping science and comedy like Galileo dropped the orange, in a new show called Test Tube!

Test Tube brings together scientists and comedians to breathe life and laughs into research. Tokyo’s best and nerdiest comedians will break down legit science with their keen comedic minds, pushing the frontiers of humor, while expert researchers will also share their insights. Let’s examine the scientific process through beer goggles!

This show is based on a format originating at the comedy club Oslipat in Sweden, where they worked with charitable foundation RJ to explore scientific research in a totally new way.

Our venue will be the funky Millennials in Shibuya, which has featured recent headliners Mateen Stewart, Yumi Nagashima and Byron Bertram for Stand Up Tokyo’s regular comedy events.

This is an experiment in something totally unique to Tokyo. Join us when science and comedy collide.