Seminal English electro-rockers New Order need little introduction. Formed from the ashes of post-punk pioneers Joy Division the band have been through some turbulent times of late. Lineup changes and legal disputes with founding member and bassist Peter Hook have seen the band’s star lose a bit of its shine. However, New Order regrouped and released a stomper of an album a few years back title Music Complete which includes real banger “Superheated” sung by The Killers’ Brandon Flowers.

The band comes to Japan for two gigs at Tokyo’s Studio Coast and one at Zepp Osaka Bayside. 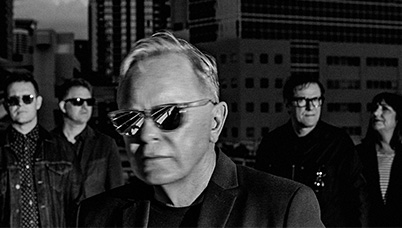