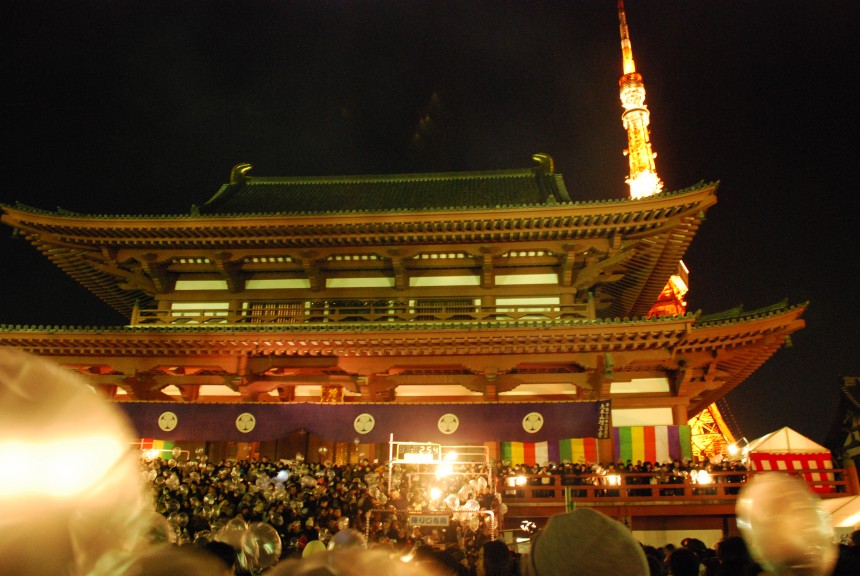 Greet 2020 at one of Tokyo’s major temples in a traditional Japanese way. Located near Tokyo Tower, Zojoji was the family temple of one of the most powerful houses in Japanese history — the Tokugawa shogunate during the Edo era. The sacred site is famous for attracting massive crowds for hatsumode (the first shrine visit of the year). As the clock strikes midnight, the temple’s bell is tolled 108 times as a part of a Buddhist ritual called joya no kane, said to purify visitors of worldly desires and sufferings.