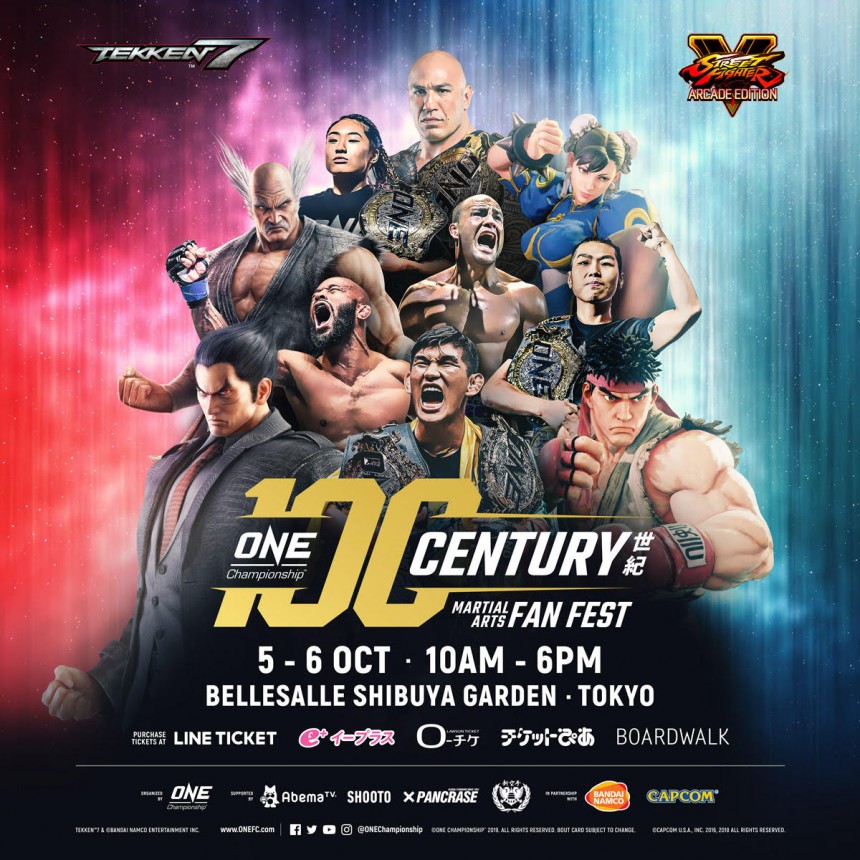 Celebrate the best of martial arts with ONE Championship and the world’s top martial artists and fighting games esports players in the heart of Shibuya over 2 days!

Join on both days to enjoy open workouts with ONE: Century headliners like Demetrious Johnson, Eddie Alvarez, and Aung La N Sang; take part in exclusive athlete seminars with martial arts legends Miesha Tate and Shinya Aoki; and meet-and-greet ONE Championship athletes and ring girls in exclusive autograph sessions. In addition, catch a special edition of Rich Franklin’s ONE Warrior Series: Japan vs. the World live, which will be held for the first time in Tokyo and broadcast live on AbemaTV.

Together with ONE Esports, the Martial Arts Fan Fest will also host the ONE TEKKEN Tokyo Invitational and ONE Street Fighter Tokyo Challenge, which will give members of the community to play alongside and compete against some of the top fighting games players in the world for a combined prize pool of over JPY 3.5M.