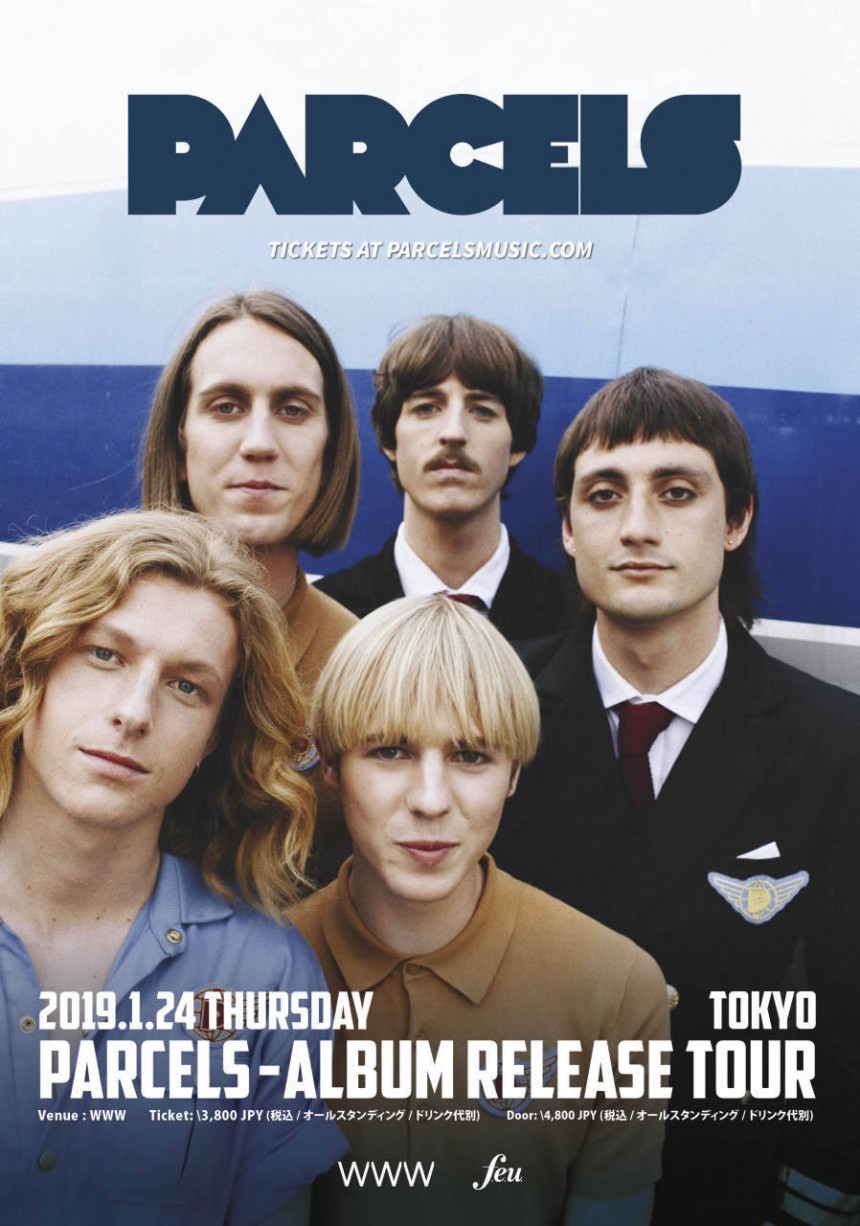 Groovy Australian disco band Parcels will be performing in Tokyo for the release of their new album “Tieduprightnow”. The group gained major popularity after Daft Punk chose them as their first group to produce.

Stop by for a night of nostalgic disco and retro sounds that’ll surely put you into a trance.