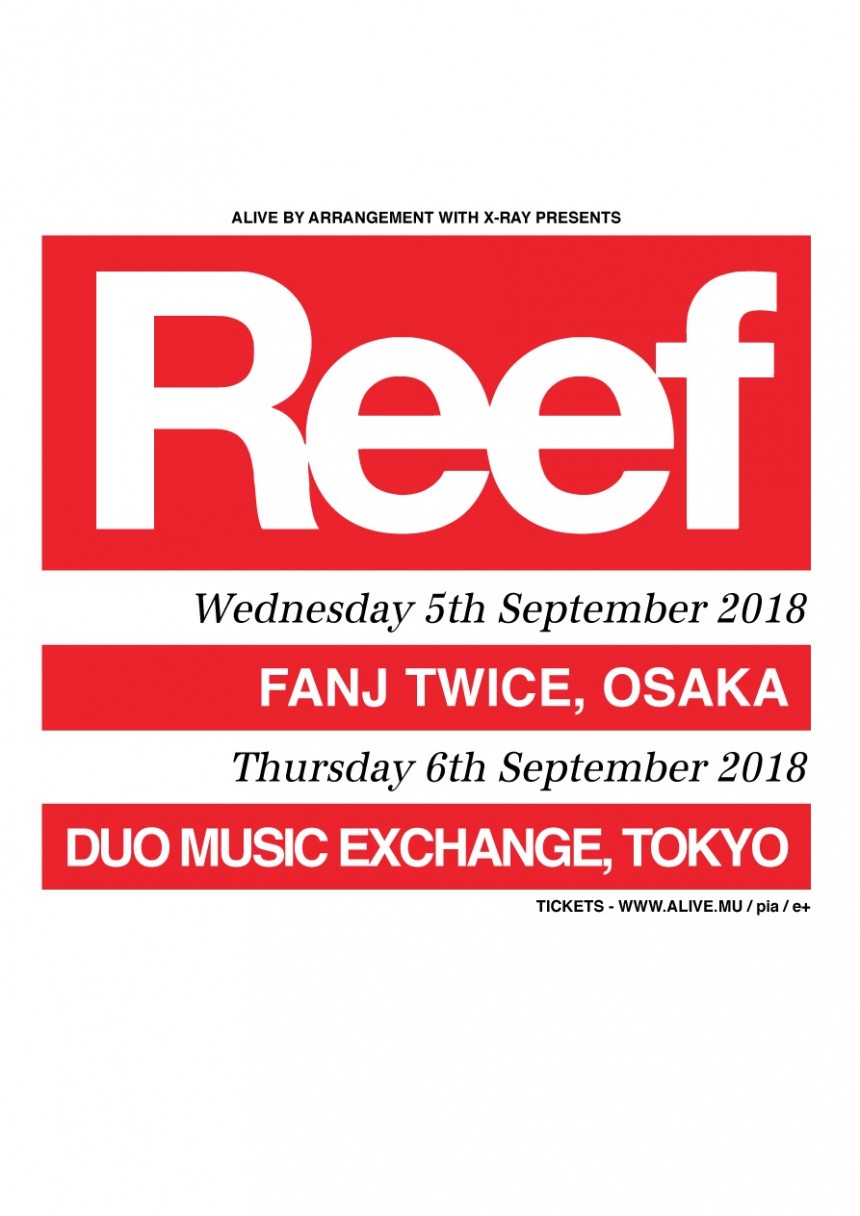 90s britrock legends Reef to return to Japan for first time in 15 years!

Known for their smash hit single “Place Your Hands”, Reef enjoyed massive success in the 90s. Much loved in Japan, the band toured Japan extensively until their break up in 2003. Now back together and flying high with a new album the boys are set to return to Japanese shores for the first time in 15 years!

Armed with a new guitarist, Jesse Wood (son of The Rolling Stones legend Ronnie Wood), new life has been breathed into the band, with sold out shows across the UK and a 4 month summer stint of festivals including Isle of Wight and an ecstatic Glastonbury Festival comeback.

The band are set to play Osaka and Tokyo on September 5th and 6th, with a set that features all their classic hits as well as some new numbers and leaves audiences hungry for more.