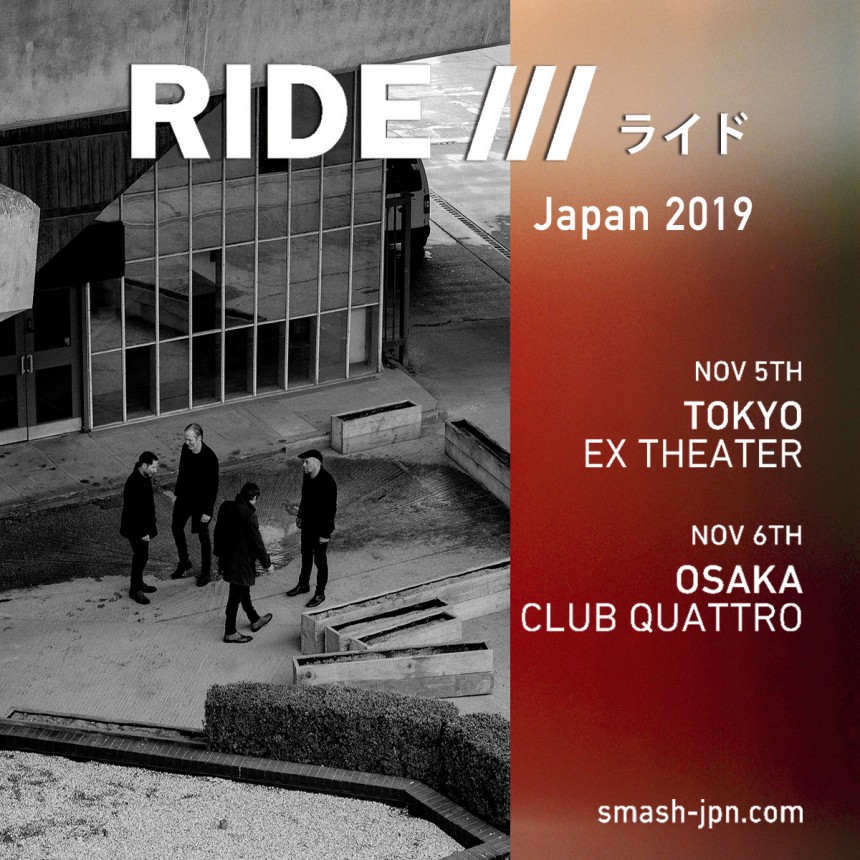 Ride, one of the best shoegaze bands to come out of England in the 90s, are coming to Japan to play  two gigs – in Osaka and Tokyo. The band’s debut album, Nowhere, is cited as one of the best ever debut albums and was responsible for a seismic shift in British indie rock before Blur and Oasis came on the scene. After a long hiatus the band reformed a few years ago and have released two albums which showcase a newer, more eclectic sound due to their work with producer Erol Alkan. The Japan gigs are a must-see for indie rock and shoegaze fans.