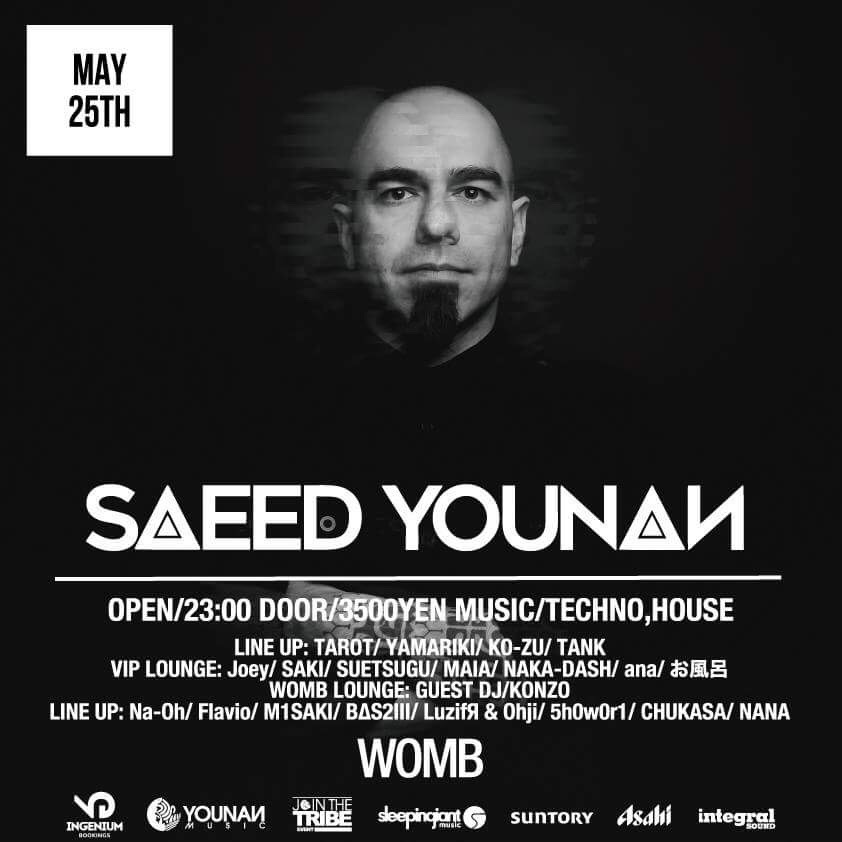 A world class globe-trotting DJ, a recording artist, a sought-after remix producer, and head of his own record label (Younan Music), Saeed Younan has excelled as a true artist in the global dance scene.
As DJ MAG puts it, “Saeed Younan is one of the few DJ’s that really know how to serve it up well.”
No surprise why Carl Cox chose Saeed as his go-to DJ to open for all of his US tour dates, including his Las Vegas residency (2014 & 2015). Carl Cox also invited him to play his arena in numerous festivals, including EDC Las Vegas, Ultra Miami, Electric Forest, Escapade Canada, Digital Dreams Canada, and the legendary closing of SPACE Ibiza final chapter (September 2016).