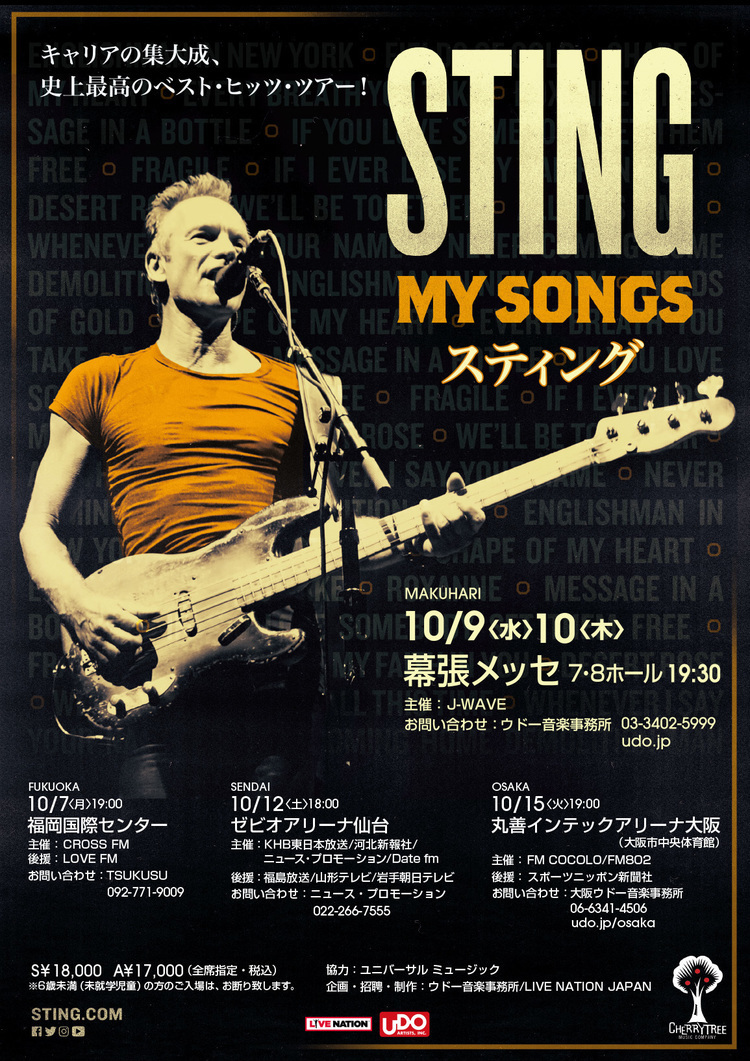 Enigmatic frontman of new wave legends ‘The Police’ and solo artist Sting is back in Japan for the 11th time for his new tour ‘Sting: My Songs’ in October of this year. The seventeen time Grammy Award winning Northumberland native will be playing classics like ‘Roxanne’ and ‘Every Breath You Take’ in four venues throughout the country, finishing up in Maruzen INTEC Arena Osaka – be sure to pick up tickets while they last.