Thank you to Earth, Family – the World is One 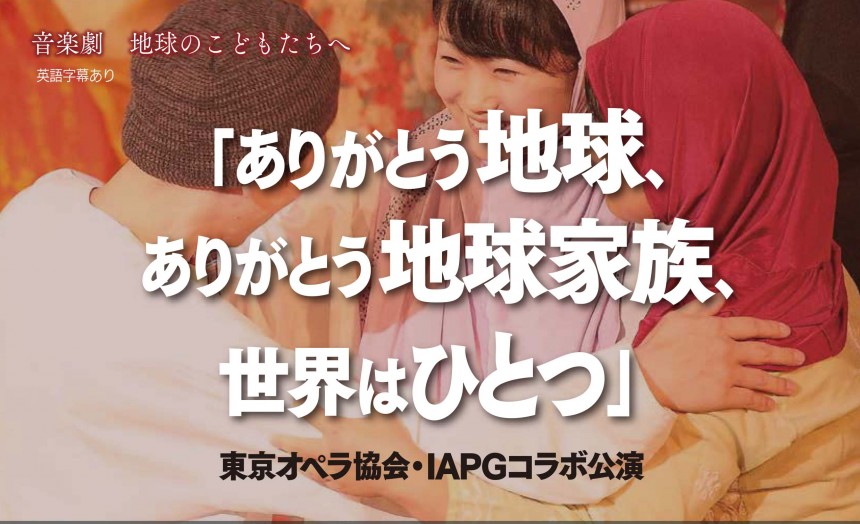 A play written by a mother of five with incurable disease

Noriko Inamori was a perfectly healthy mother of five children, until one day she started to lose control of her muscles in 2007. She was soon unable to walk on her own, and was forced into a wheelchair by 2009. Inamori had Multiple System Atrophy (MSA), an incurable disorder with symptoms similar to Parkinson’s disease. Her doctor admitted that her life would only last a few years after the disorder set in. At this time, she was not able to walk or talk.

But Inamori spent the last years of her life in hopes of making the world a better place through her love for music and the performing arts. With what strength she had left in her hands, she created a theater group with a few people – now, the group has over a hundred members.

The event,  “Thank you to Earth, Family – the World is One” is comprised of two plays, “To the children of Earth” and “The Miracle of Nagasaki.” Inamori wrote both plays while in bed, with a strong message intended for people to realize the value of love and peace as members of planet Earth.