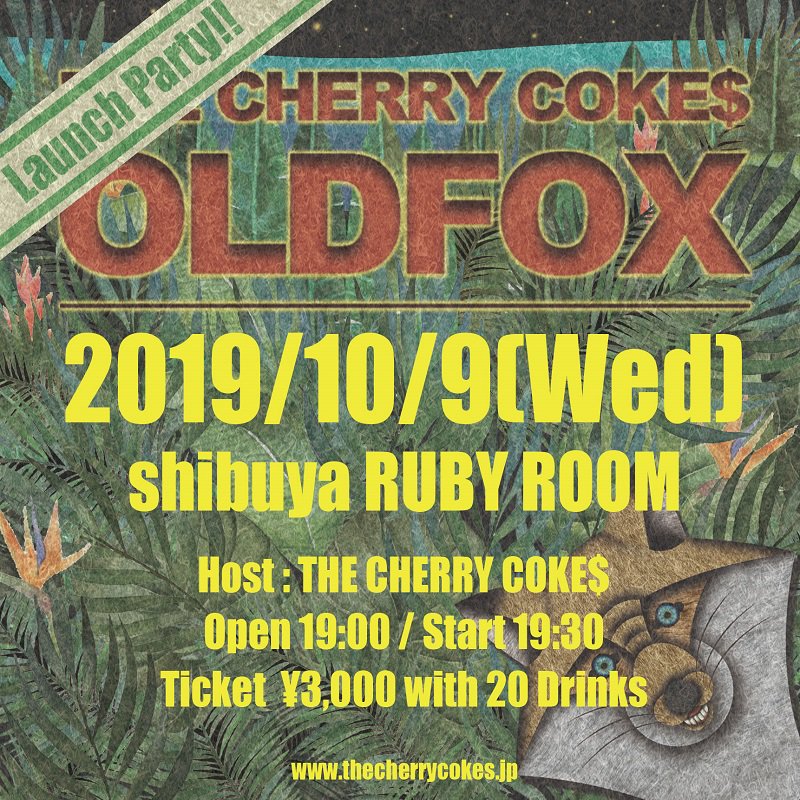 To celebrate the release of their 9th album OLDFOX and 20th anniversary, Japanese Irish rockers The Cherry Cokes are staging a staggering one-man live show in Shibuya Ruby Room – but with a bit of drink thrown into the mix. When we say staggering, we mean staggering, because with each ticket comes 20 free drinks so gig goers can expect to find themselves staggering home at the end of the night. Expect to hear the newest from the Celtic inspired punks in the wake of the continuation of their OLDFOX tour from November of this year.