The Nature of Things Art Exhibition

The Nature of Things Art Exhibition 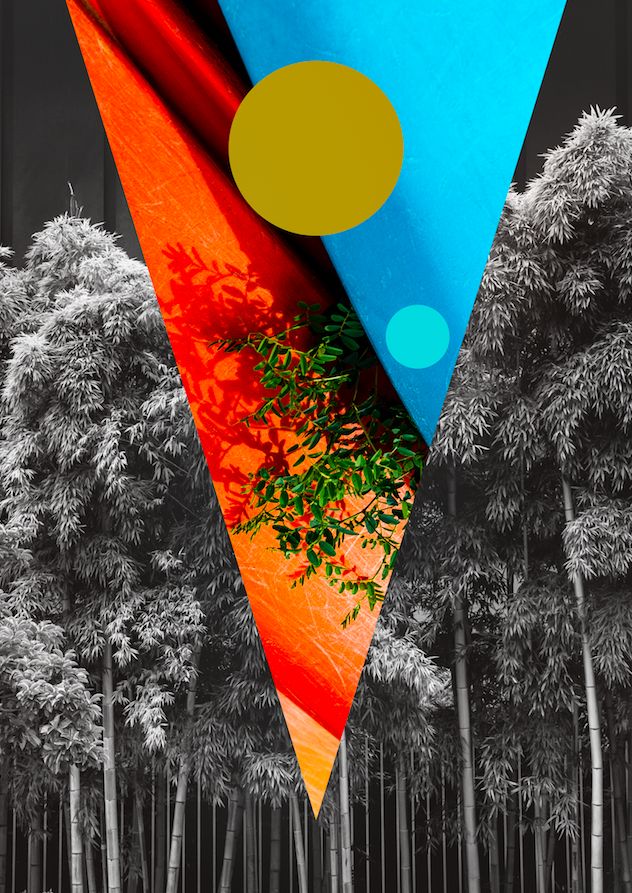 Tokyo Art Studio, a gallery in the heart of Minami Azabu, proudly presents their  second group exhibition featuring the work of artists with strong roots in Japan. Featuring 70 artworks by 9  emerging and established artists, the exhibition runs from 25 September to 4 October, with a VIP Reception on  24 September from 16:00-20:00.

This group exhibition demonstrates the artistic interpretation of what nature is, as displayed in the context of  each artist. Through the play of natural elements, material movement, and bodies in motion our artists express  their joys of sight through these processes.

COVID Precautions: All health recommendations will be followed to ensure the safety of our staff, artists,  and guests. Masks and temperature monitoring are required and contact details will be recorded for these  purposes.

Friday, 24 September 2021. By invitation only. Inquire to request access: contact@TokyoArtStudioGallery.com

Tokyo Art Studio provides a platform for artists, artisans, and other creative businesses to connect and engage with the  Tokyo community at large. Using our experience of producing successful exhibitions and art fairs, we aim to produce  various programs that connect the art maker with the art lover in year-round events.

Using his hands to create delicate and unique art has always been at the core of Francois Audrin’s creativity. Prior to  2020, Audrin operated as a luxury chef working in Michelin star kitchens in France, Ireland, U.K., Italy, and Japan.  Due to restrictions placed on eateries and outdoor activities, Audrin turned to paint, canvas and wood to create  expression in other ways. Currently, Audrin co-owns a successful luxury catering company based in Tokyo.

Andrew Faulk is a editorial and commercial photographer whose work has been featured in publications such as The  New York Times, Wired Magazine, Condé Nast Traveler, The Wall Street Journal, Government of Japan, and more.  Originally from North Carolina, U.S.A, Faulk captures the details of elements found in his travels. With his eye for  composition and relationships created between natural and man-made forms, he works to form a union and build a  story around these exchanges.

Anat Feldman is an architect and self-taught photographer, whose creativity is inspired by her extensive travels abroad  and within Japan. Feldman has resided in Tokyo for the last five years and has studied many areas of mainland Japan.  Her craft captures the beauty discovered in the people, colors, flora, food and architecture she finds. Feldman holds a  Bachelor of Architecture degree.

Malcolm Foster, the son of American missionaries, is a self-taught artist who was born and raised in Hokkaido and has  spent more than half of his life in Japan. His art was inspired by his father’s own practice, in which he took the young  Foster through Hokkaido and Nagano to study landscape scenes. Foster has worked as a journalist for publications such as Associated Press and Reuters (assuming the temporary role of Tokyo bureau chief during the Fukushima tsunami  and nuclear disaster in 2011) for over two decades and has lived and worked in the United States, Southeast Asia and  Japan.

Mikako Fujii is a Japanese painter that specializes in the Nihonga style. After graduating from Tama Art University  Graduate School, Fujii worked as an art researcher for the Agency for Cultural Affairs in Japan. She has participated in  many group and solo exhibitions across Japan. In recent years, Fujii has also produced ink painting, which won her an  award for her work. Fujii is currently a member of the Japan Artist Federation.

Rin Fukumoto is a multimedia artist who studied at Atelier Contorpoin in Paris, France and Shirai Print Studio in  Tokyo, Japan. She works with copperplate prints, as well as acrylic, ink, and honey wax paintings. As an established  artist, Fukumoto has participated in exhibitions since 1997, included in the collections of the French National Library  (Paris) and Museo National del Grabad (Buenos Aires), and has created commissions for high-end boutique hotels and  medical centers in and around Tokyo.

Yoko Minagawa is an artist who has developed her skills in printmaking after graduating from art school, while she  was working as a web and graphic designer and coordinator in the contemporary art industry in Tokyo and Naoshima.  Born in Tokyo and raised in Massachusetts and New York, USA, Yoko received a B.A in Digital Communication  Design from Tama Art University and a B.A. in Environmental Information at Keio University. She has taken part as  an artist in international exhibitions including group and solo shows in Tokyo, as well as an exhibition in Spain.

Shelley Sacks is an early childhood educator and mixed media artist who has been exploring her craft for four decades  in South Africa, Australia, and Japan. Under the supervision of world-renowned sculptor Barbara Jackson, in South  Africa, Sacks discovered her own self-expression through a variety of mediums, including acrylic, ink, charcoal, oil,  and photography that she now employs in her contemporary work. Sacks has participated in group exhibitions and  currently attends seminars at the Sekaido Culture School (Tokyo).

Katsutoshi Yuasa graduated from Musashino Art University (Tokyo) in 2002 and received MA Fine Art Printmaking  from Royal College of Art, London in 2005. Since then, Yuasa has participated with famed artists in residences such as  Rijksakadmie van beeldende kunsten (Amsterdam), Cite des arts (Paris) and Kala Art Institute (Berkeley). His work  has been exhibited worldwide in galleries and museums, including Lawrence Art Center (U.S.A.), Galerie der Stadt  Backnang (Germany) and Gallery YUKI-SIS (Tokyo). Yuasa’s work is in numerous public collections including  Cleveland Museum of Art, China Printmaking Museum, Laing Art Museum, New York Public Library, Victoria &  Albert Museum. In 2011, He was awarded both the grand prize of Northern Print Biennale and Towry Print Prize in the  U.K. Currently, Yuasa lives and works in Tokyo as a lecturer at Tama Art University.