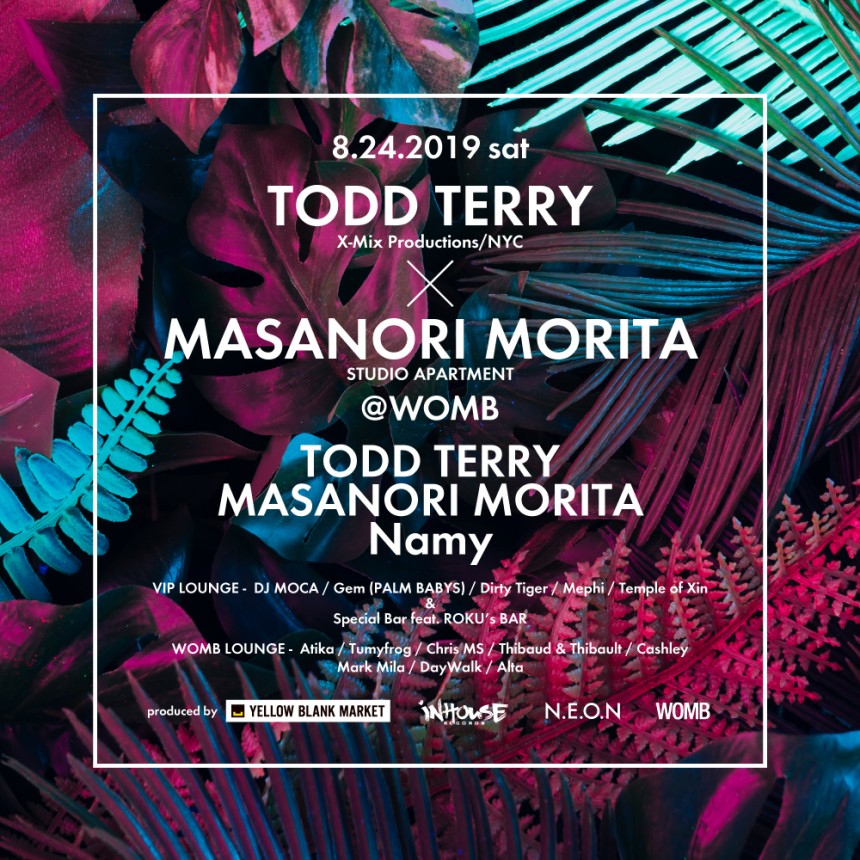 The “god of dance music” descends on WOMB!
He is a Grammy nominated DJ/producer who has worked on songs by world-renowned top artists for over 30 years, including Björk, Daft Punk, Michael Jackson, Jamiroquai, Everything But the Girl, Janet Jackson, Kylie Minogue, The Rolling Stones, Shakira, and Usher. Currently he is making waves as the headliner for a party at Ibiza Island’s top club Hï Ibiza called Glitterbox which is held every week in Spain. He is the king of legends who continues to perform at clubs and festivals all around the world. This king, also known as Todd Terry, will finally be making his appearance at WOMB!
Joining him will be MASANORI MORITA (STUDIO APARTMENT) who released his first new single in six years as STUDIO APARTMENT titled “Shoulder” just this May!
As Culture Community, YELLOW BLANK MARKET, also known as YBM, will be producing a peak summer night. Following up DJ BAR and Media, keep your eyes peeled for YBM’s new endeavor: “Cultural Diversity.”