The act of “carrying” is indispensable in our daily lives. In the Edo period, there were various transportation systems using people, horses, and ships.

Edo was a city of water, surrounded by waterfronts such as Edo Bay and the Sumida River, and the city was criss-crossed with waterways. Sea transportation supported the lives of the people of Edo, and maritime transportation between Edo and other countries was also popular, such as the Taru Kaisen and the Higaki Kaisen. Overland roads, such as the Tokaido, were developed and used not only for physical distribution, but also for long-distance travel, which became popular among common people. In the works drawn by ukiyo-e artists such as Utagawa Hiroshige and Katsushika Hokusai, these various logistics and transportation situations are vividly depicted.

This year also marks the 150th anniversary of the opening of the railway. Ukiyo-e prints from the Meiji period frequently depict new forms of transportation, such as horse-drawn carriages and rickshaws, which were unknown to the Japanese at the time.

Recently, logistics using the Internet has been developing due to the corona disaster, but this exhibition will focus on various transportation in the Edo period, which can be said to be the roots of modern times, and will be deciphered through about 65 ukiyo-e prints. 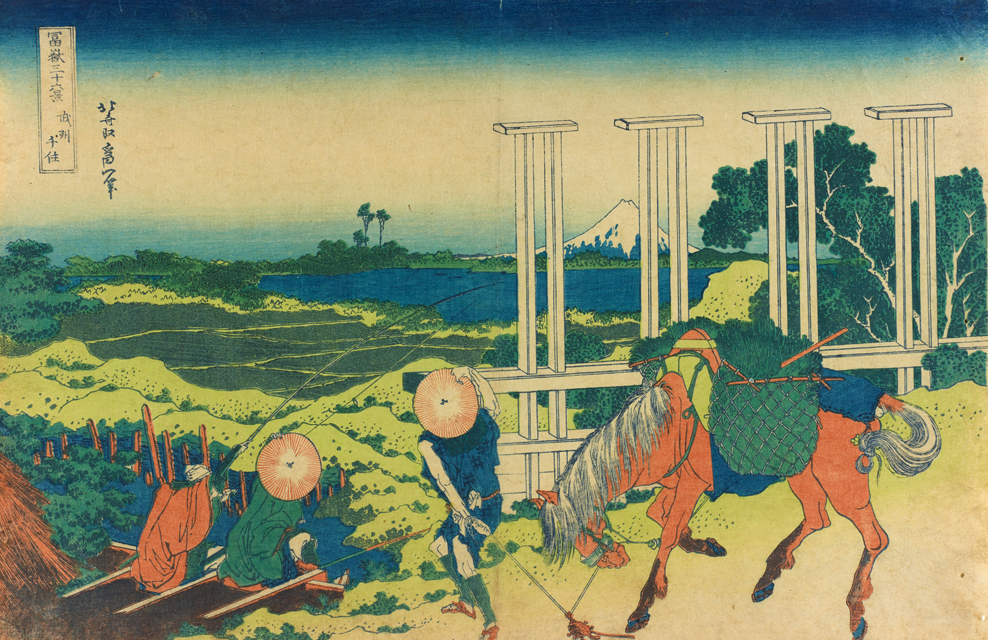