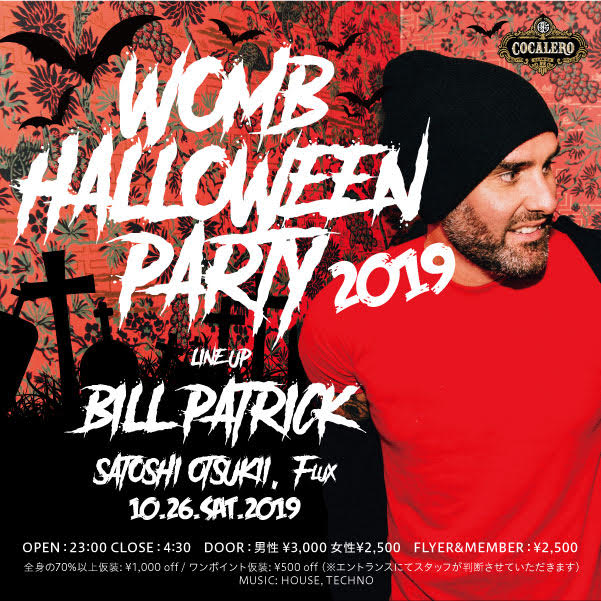 Last year’s sensational WOMB Halloween party held in collaboration with the bible to millennial females, Cosmopolitan, is being held again this year. This year’s party will be held with the support of “Cocalero,” a premium liqueur made with the finest coca leaves cultivated deep within the Andes Mountains. The guest artist BILL PATRICK, a New York-based veteran DJ who is also active in Europe, is finally making his first appearance at WOMB, which will be celebrating its 20th anniversary next year. Having been very active at this season’s IBIZA and making guest appearances on MARCO CAROLA’S MUSIC ON and at the BLACK COFFEE Resident Party at Hi IBIZA, the level of trust he has from influential artists certifies beyond a shadow of a doubt his ironclad status in the scene.
MUSIC: TECHNO,HOUSE