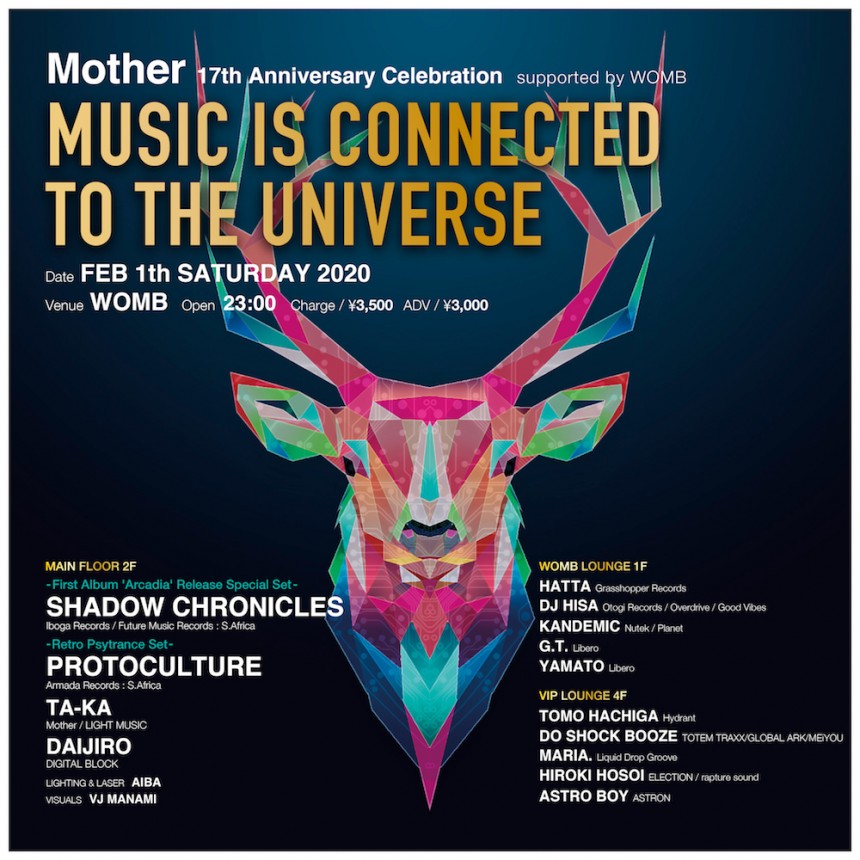 Mother is celebrating its 17th anniversary and the great celebration is to be held at WOMB. Mother’s true worth was shown in the creation of unique spaces embodying one night stories that cross genre barriers. This commemorative night is a one night festival that looks back at the days spent with all the party people and the musicians that have constructed numerous famous scenes since the birth of Mother. The headliner, is Protoculture who works as a musician for Armada Music spearheaded by Armin Van Buuren, and he’s the best one there is to talk about Mother’s history. There will be a Retro Psytrance Set that weaves together both the new and the old including excellent music from years gone by that are perfect for celebrating the 17th anniversary festival. And this time around, Protoculture will perform with his Psytrance Music’s alias “Shadow Chronicles” as part of his newest album Arcadia Release Special Set as a doubleheader for this Special night. With the conceptual organization of this performance, you will be able to experience various styles of dance music in one night that is worthy of the 17th anniversary festival.