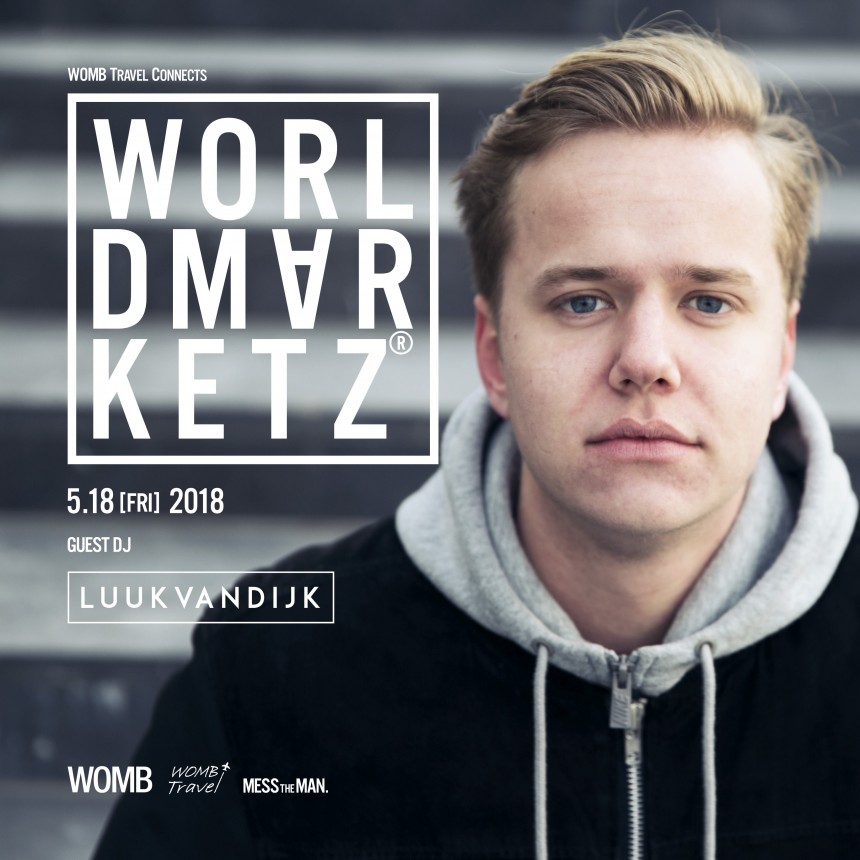 In 2017, the NEW PARTY, WORLDMARKETZ, was born in WOMB. It is supported by the participatory program “WOMB Travel,” which is based on WOMB’s newly launched “Dance Music x Travel” announced also at the Tokyo Dance Music Event (TDME). Its concept is “organically connecting with legendary DJs, artists, & agents of clubs and festivals around the world through dance music”.

Its 2nd show will invite Luuk van Dijk, the house/tech house DJ & producer from Amsterdam. He performs at various clubs and festivals such as Awakenings, Elrow, DGTL, Cocoon, etc., and has performed with famous artists such as Adam Beyer, Joseph Capriati, Hot Since 82, Henrik Schwarz. He is the most fast-growing upcoming artist.
From Japan, CARTOON, the producer of apparel brand MESS THE MAN, heads the bill. Joining him is DJ Keima Kawai who also performs at GREENROOM FESTIVAL and GO OUT CAMP, and EIJI from GEOMETRIC, CLUB JB’s popular PARTY from Nagoya’s well-established and distinguished CLUB.