On September 21 WWW X presents a night of indie & dance music featuring live performances from Black Boboi and Luby Sparks and a DJ set from Kotsu.

Black Boboi, formed in June 2018, released their mini album “Agate” in January 2019, and performed at the red marquee stage of FUJI ROCK FESTIVAL in August of the same year. They’ve just finished the release of their debut full-length album “SILK”.

After forming in March 2016, Luby Sparks was the only Japanese band to appear in “Indie tracks Festival 2017” (UK ｜ Derbyshire). In January 2018, they released their debut album “Luby Sparks,” produced in London with Max Bloom (Yuck). In November 2018, the 4-track EP “(I’m) Lost in Sadness” and the latest single “Somewhere,” released in September 2019, were remixed by Robin Guthrie (Cocteau Twins). They have also performed with international artists in Japan, such as The Vaccines (UK), The Pains of Being Pure at Heart (US), TOPS (CA), and NOTHING (US).

As a member of the house music collective “CYK”, Kotsu has organized parties at various venues and promoted upcoming international DJs and producers such as Baba Stiltz, Mall Grab and Ross From Friends. In 2020, he performed at “Rainbow Disco Club”. 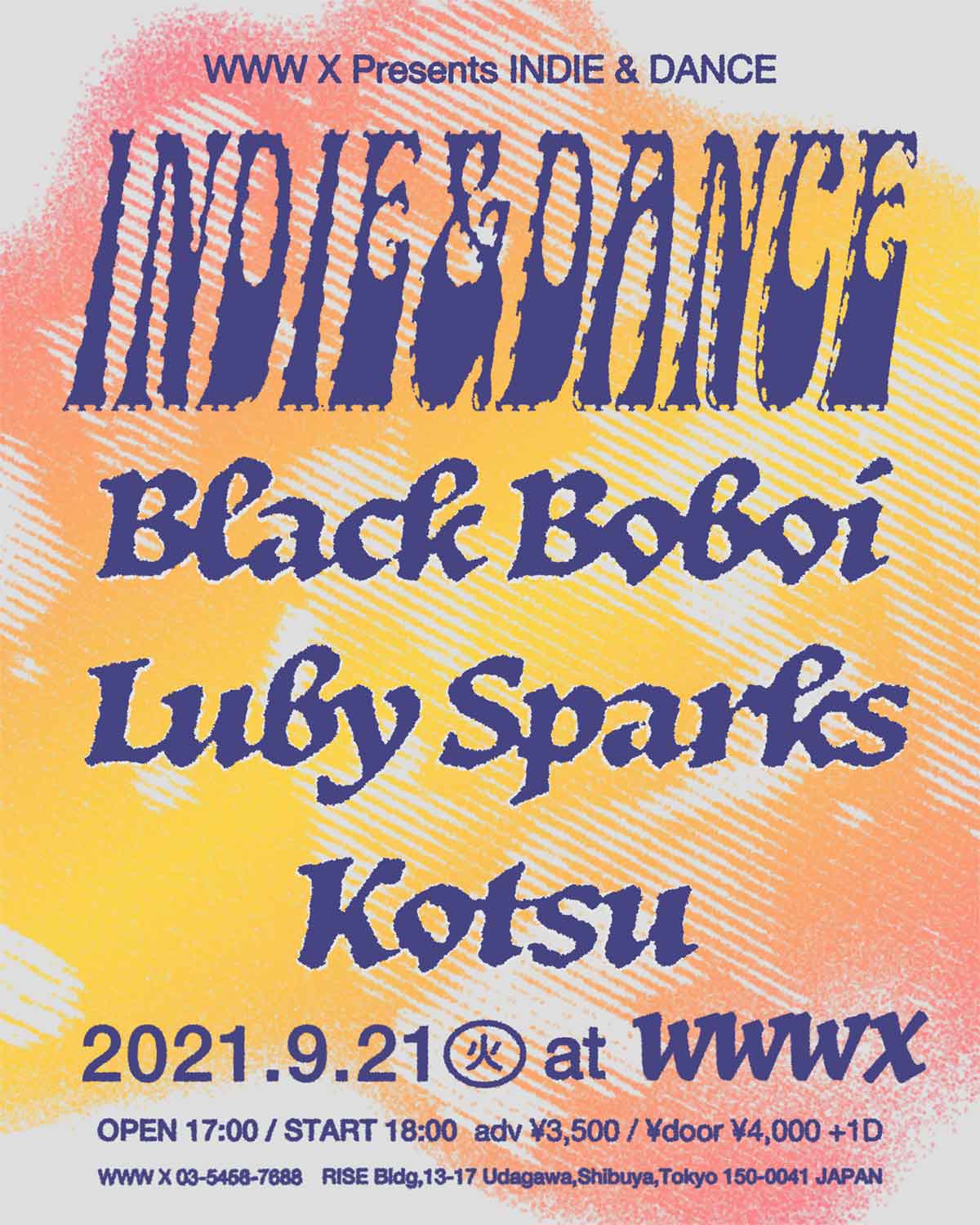