Yamashiro Chikako (1976-, born and based in Okinawa) is an artist who has been active since the 2000s using moving images and photography as her primary media. She has created highly acclaimed works that confront the history and geopolitical situation of Okinawa (where she was born and raised) and her own relationship to these issues, conveying the voices, bodies, and souls that have been overlooked and overheard.

The moving images that Yamashiro creates delicately balance the fertility and poetry of images that appeal to the viewer’s physical senses with a critical gaze on the current times. For this reason, they are open to interpretation and can be read in a broader context than the issues in the specific region of Okinawa. This Yamashiro’s first solo exhibition to be held in a public museum will feature her premiere work and combine it with her past representative works, mainly from the museum’s collection. Rather than simply tracing the evolution of her works in chronological order, the exhibition will organically reposition her older works around her latest works—her current position as an artist—to introduce a series of inter-resonating themes and motifs as visitors move around the exhibition space.

The exhibition title, Reframing, which is also the title of her latest work, refers to the method of changing the framework and looking at things in an alternative way, and also symbolizes the attitude that runs through all of Yamashiro’s works, in which she uses photography and video to look at the landscape of her hometown Okinawa from a new perspective. This exhibition to survey Yamashiro’s full-blown mid-career, will be the first attempt to present a comprehensive overview of the world of the artist who is expected to make further strides internationally.

Yamashiro Chikako｜
Filmmaker and artist born in 1976 in Okinawa, where she currently lives. Graduated with B.F.A. in Painting from Department of Fine Arts, Faculty of Arts and Crafts in 1999 and with M.A. in Environmental Design from Graduate School of Formative Arts in 2002, both in Okinawa Prefectural University of Art. Since 2019 she is Associate Professor at the Department of Intermedia Art, Faculty of Fine Arts, Tokyo University of the Arts. Major publications include Circulating World: The Art of Chikako Yamashiro (2016) and Chikako Yamashiro (2012), both published by Yumiko Chiba Associates. 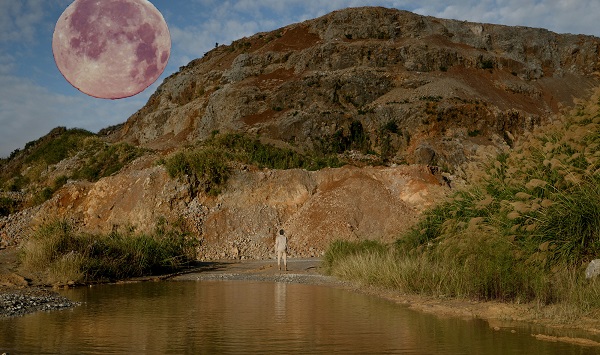