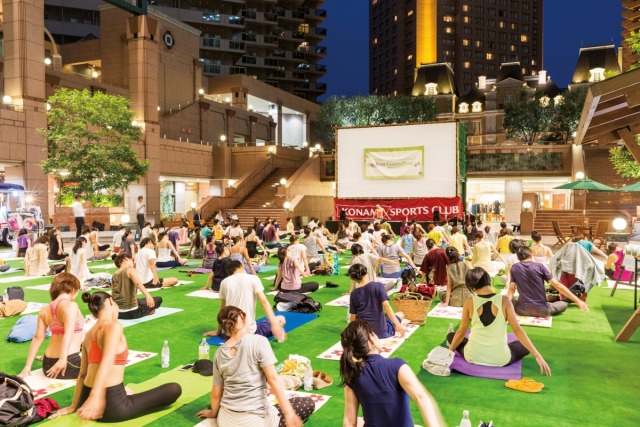 Missing that gentle country air in the big city this summer? Fear not as Yebisu Garden Picnic is bringing the good times right into the heart of Ebisu. With the theme ‘look down and you’ll never see the rainbow’, travelling cinema Kino Igloo will be showcasing generations of American cinema’s best, including Wes Anderson’s 2014 Golden Globe winner The Grand Budapest hotel. Throughout Yebisu Garden Picnic’s tenure 15 films including 1939 classic The Wizard of Oz and comedy-drama gifted will be shown. Yebisu Garden Picnic also gives visitors the chance to stretch out in the morning sun and evening breeze with yoga sessions on a meadow of astroturf. It’s first come first served so arrive early and bring your own towel and yoga mat. Okinawan institution Blue Seal will also have a booth set up in Garden Place, so don’t forget to pick some iced treats to cope with the summer heat.