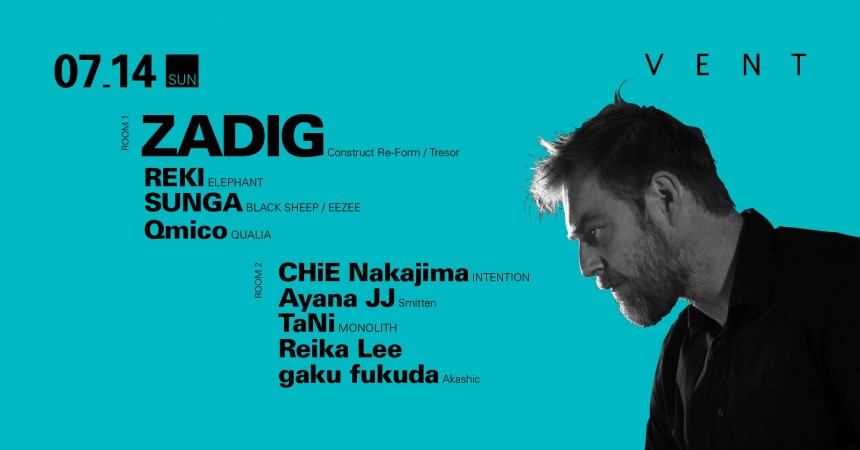 Currently one of the leading artists in the Parisian techno scene, Zadig is working toward making the Paris scene one of the most cutting edge scenes in the world. Zadig will be gracing the decks at Vent for his first time on July 12th.

The Parisian techno scene in the early millennium was scene that was in the midst of being brought back to life from near death, and Zadig contributed a lot to this rejuvenation effort. In 2011, he founded the Form print, and began a residency at the Rex Club – which gained him the love and support of talented artists such as Antigone, Voiski, and Birth of Frequency, to name a few. Furthermore, he released on labels like Deeply Rooted House, Chronicle, Children of Tomorrow, and continued to receive the support of Syncophone. He also had tracks featured in compilations from Tresor, Reclaim Your City, and Studio R°.

The current Parisian club scene is under reconstruction; lots of attention focused on it now, compared to the 90s. This result is the fruits of artists like Zadig’s labor, so to speak – these people contributed to so much to make this scene a better place. As an artist, a label head, and a central figure in a scene that has been growing more and more, you will surely not be disappointed by the Zadig’s genius performance, so do not miss this chance.