In this spare little indie by French Canadian writer/director Kim Nguyen (Two Lovers and a Bear), Gordon (Joe Cole), an operator of such devices, one day takes notice of a young girl (Lina El Arabi) promised against her will to a rich older man and resolves to use all his technological talents to help her escape her fate.

It’s Reminiscent of Andrew Niccol’s Good Kill, which starred Ethan Hawke as a drone pilot, but considerably less polished and a bit hard to swallow. Still, it gets points for originality, and it kept me interested. (96 min) 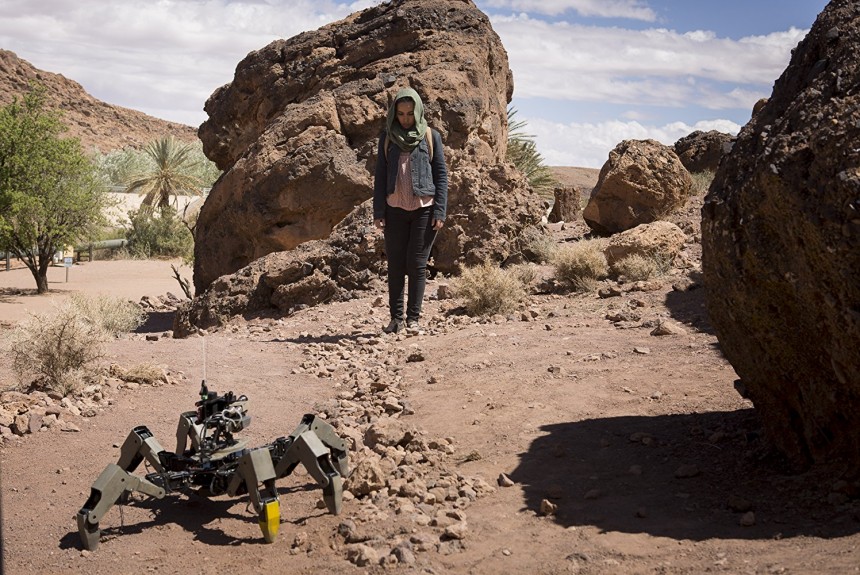