To What Extent Are the Police Allowed to Investigate Without a Warrant?

Japan’s Code of Criminal Procedure lays out the methods and boundaries of compulsory investigations by law enforcement. For example, arrests or searches and seizures are allowed only when a warrant based on the procedures provided for in the Code has been duly issued. 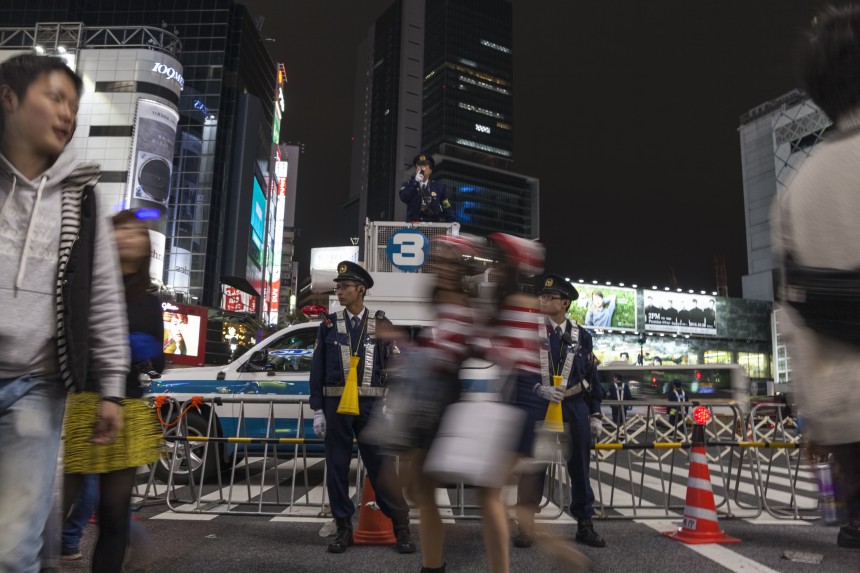 Several times in the past, the Supreme Court has ruled that a form of investigation becomes a compulsory one when it suppresses the free will of an individual, for example, or restricts an individual’s body, residence or assets. In other words, the impropriety of the degree of intrusion upon the rights of an individual without a warrant is taken into consideration.

The Supreme Court has also ruled that the use of force in non-compulsory investigations is allowed if such use is required, imperious and appropriate. Such standards set by the Supreme Court are seemingly logical and understandable, but it’s difficult to predict the outcome when applied to a specific situation. Therefore, let’s take a look at some examples.

In 2017, the Supreme Court ruled that it was unlawful that the police conducted an investigation whereby a GPS tracking device was planted on an individual’s car (along with the cars of his suspected accomplices and a female acquaintance — a total of 19 cars) without any consents or warrants. This decision relied on the fact that (among other elements) the GPS placement was an intrusion on the privacy of an individual that surpassed a level of intrusion of being observed on public roads or simply being photographed. Therefore, this kind of investigation would be considered “compulsory” and would require a warrant.

Filming a Suspect in Public

On the other hand, in 2008, the Supreme Court ruled that it was not a “compulsory” form of investigation for law enforcement to film individuals suspected of a crime without their consent or a warrant. This decision relied on the fact that there were reasonable grounds to believe that the individual being filmed had committed a crime (this individual was caught on a security camera at the site of the crime), and that the places in which he was filmed (on public roads and in a pachinko parlor) were public places where individuals had no choice but to accept being seen and observed by others. 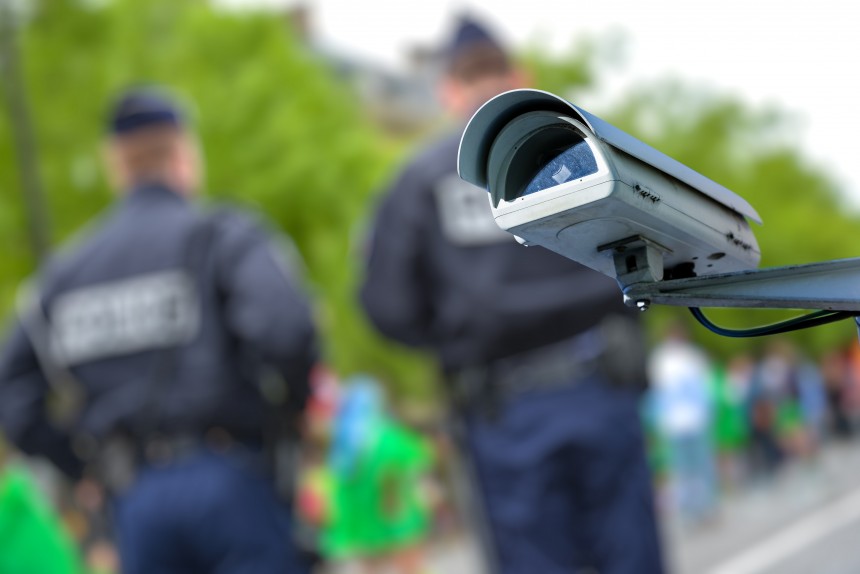 Regarding physical restraint, it was ruled in 1984 that it was lawful to contain an individual in a hotel for four consecutive nights in a murder case. The decision stated that, although this method was inappropriate, the suspect in question seemed to consent to this treatment, and there was also a need to confirm the relevant facts and hear the suspect’s version of events during the four days.

Taking Control of a Vehicle

It was also ruled that it was lawful for a law enforcement officer to reach into a car that had been stopped for running a red light and its driver was suspected to be drunk. The officer in question pulled out the ignition key as the driver was attempting to drive away against the instructions of the police upon refusing to take a breathalyzer test. This was ruled to be an appropriate method of initiating the questioning procedure allowed under the Police Duties Execution Act and was also an effective way of preventing the dangers that entail a driver suspected to be under the influence being set loose on the streets to drive.

There is also a precedent which ruled that it was lawful for a law enforcement officer to grab the wrist of an individual who had consented to being questioned at a police station but was trying to leave thereafter. This person was suspected of driving under the influence and as law enforcement officers tried to convince him to take a breathalyzer test, he tried to leave. 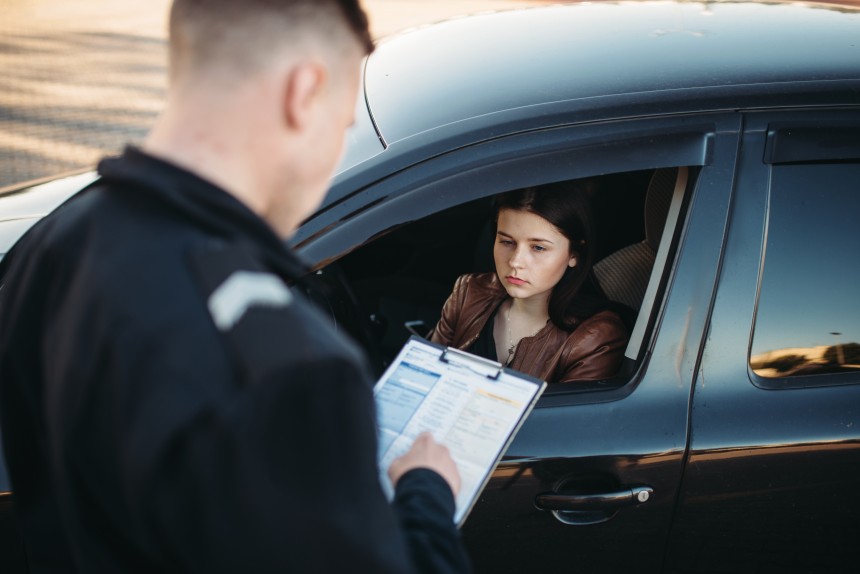 On the other hand, it was ruled that the act of a law enforcement officer placing his hand inside the pocket of an individual suspected of using or possessing unlawful drugs was an invasion of this individual’s privacy and was unlawful unless conducted as a “compulsory” form of investigation with a warrant.

The limits of what the Supreme Court would allow were tested in a case in 2003. In this case, two police officers responded to a call from a love hotel alleging that a man was refusing to leave or pay for his room. The police officers visited this individual’s room, only to have him attempt to close the door on them upon his seeing their uniforms (the individual was also fully unclothed). The police officers then pushed open the door, and one of them inserted a foot into the hotel room to prevent the door from closing. The individual then moved as if to hit the officers and the officers reacted by each grabbing one of the suspect’s arms, entering the room, sitting him down on a sofa, and holding him there for roughly half an hour while a white powder discovered in the room was tested (subsequently revealed to be meth).

In this case, the Supreme Court acknowledged that law enforcement officials were not allowed to enter into an individual’s hotel room without consent or a warrant, and that the act of holding the suspect down on a sofa of nearly half an hour was excessive. However, the Supreme Court also ruled that the actions of the law enforcement officers in this case were not unlawful. 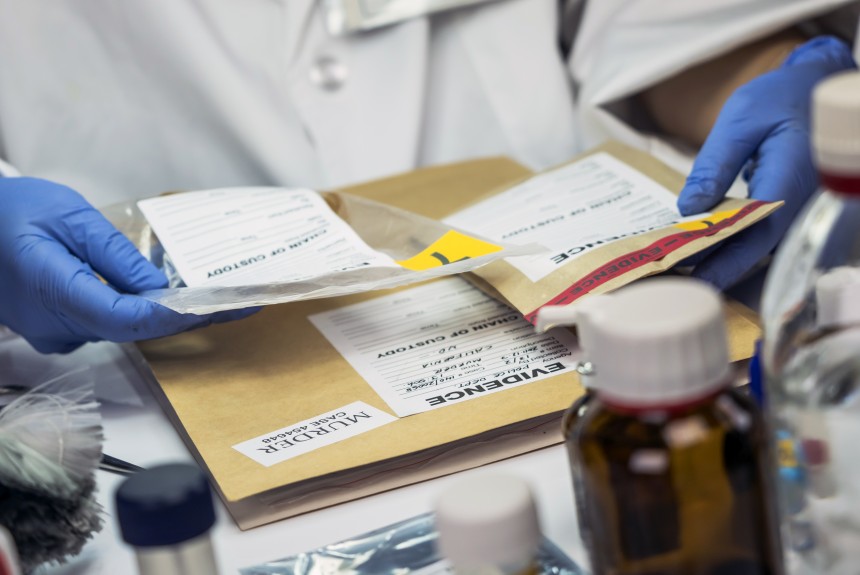 Some of the reasons that the Supreme Court raised were:

i) the suspect was holding a syringe in his hand and ranting
ii) there was a risk of evidence destruction
iii) no explicit refusal was made in inspecting the suspect’s belongings
iv) the suspect’s attempts to hit the officers was an offence in itself and his arrest as a flagrant offender may thus have been possible
v) the officers were forced to act the way they did in preventing the acts of the suspect.

So, in looking at the examples, can a rule be derived?

Unfortunately, it’s difficult to measure out a standard that is any more specific than the rules of the Supreme Court referred to at the beginning of this article. If you ever find yourself unfortunately caught in the quagmire of a criminal proceeding, it is advisable to seek legal counsel immediately.

Information regarding the author, Takuo Misaki, an attorney-at-law practicing at the firm Matsuda and Partners, can be found on the Matsuda and Partners website or through a search on the Japan Federation of Bar Associations website. He may also be reached by email at misaki@jmatsuda-law.com. The information in this article is general information and does not constitute any advice to a specific case. Readers are requested to seek legal counsel specific to the reader’s case when faced with any legal issues.