Okay, 2008’s Mamma Mia was a surprise hit — in the sense that most of us too-cool-for-Abba types came away gobsmacked at how highly entertained we had been by such a fluffy concoction. It had light, color, jokes, toe-tapping tunes and a fun “who’s her daddy” plot. But the main force behind its success can be explained in two words: “Meryl” and “Streep.”

This time, however, save for a three-minute musical cameo (as a ghost, no less), Meryl limits her exposure to the trailer and posters. She’s not actually in the movie. I would have thought this kind of bait-and-switch tactic beneath the most celebrated actress of her generation. 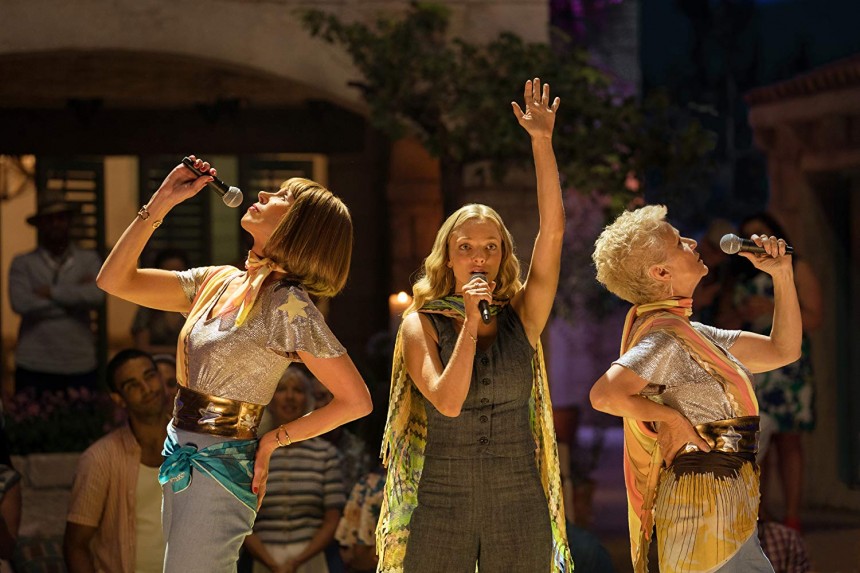 Jukebox movies are rarely judged by their plot, and this one, such as it is, explains in tediously detailed flashbacks how Meryl (a spirited Lily James as Donna’s younger self) managed to bonk three guys in three weeks a few decades ago to create the paternity problem her daughter wrestled with in the first film. Did you want to know that?

Worse, except for recycled versions of “Dancing Queen” and “Mamma Mia!,” most of the songs are the lesser known (and less toe-tappable) B-sides. That said, and against all odds, the writers even managed to shoehorn in “Fernando,” mainly to give Cher something to do in her cameo.

In short, this is the charming/cloying celebrity karaoke movie we were all so happy the first one was not. It knows its target audience, though, and the film’s title should serve, depending on taste, as either an invitation or a warning. (114 min, from Aug 24)