First, know that a lot of people thought this 54-years-later sequel was really swell, using words like “charming,” dazzling” and “delightful.” Hm. Well. Consider the following an antidote. Emily Blunt deserves major kudos for her performance, showing fine comedic timing and some serious Vaudevillian singing and dancing chops. Problem is, she’s given little else to do.

The plot, such as it is, has the mystical governess coming back 30 years later to help the Banks family from the first movie prevent foreclosure on the family home. Now, I ask you: don’t you think an entertainment mega-corporation that prides itself on creativity could come up with a storyline more original than the old “save the old homestead/school/clinic/theater/hotel/whatever” chestnut? 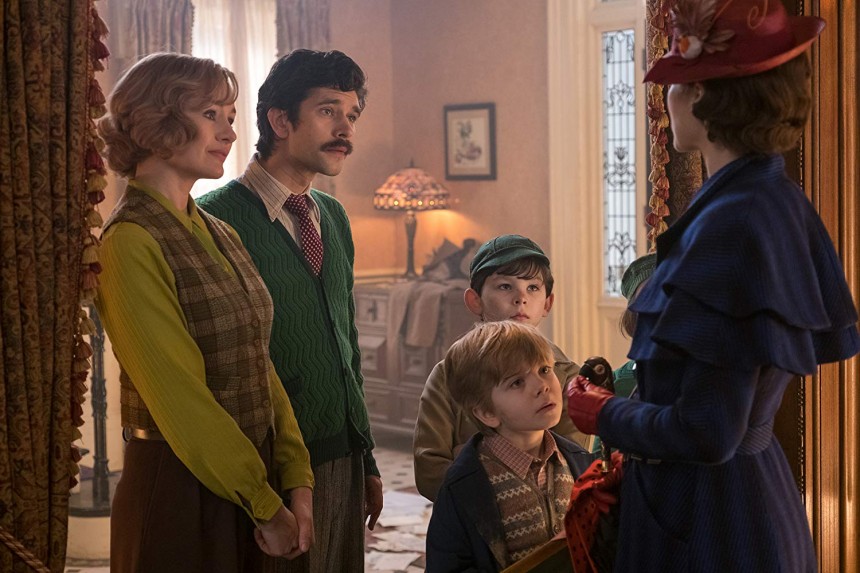 Basically, Mary, the now-grown kids (Ben Wishaw & Emily Mortimer) and their annoying offspring, along with Hamilton creator Lin-Manuel Miranda (as a lamplighter – chimney sweep was presumably taken) run around 1930s London, stopping occasionally to sing and jump around in elaborately choreographed, expensive-looking and mostly forgettable dance numbers, then they all run someplace else and do it again. It all blurs together. 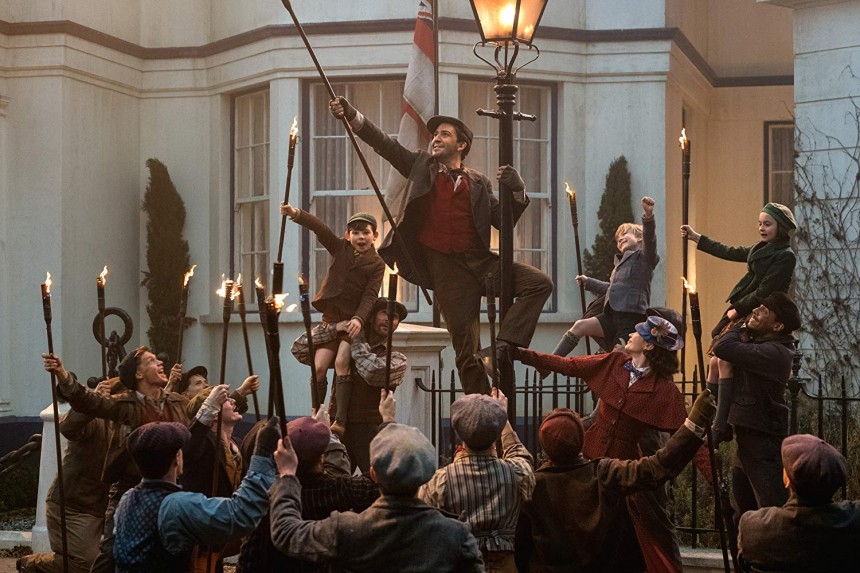 Granted, if elaborately choreographed, expensive-looking dance numbers float your boat, no one does them better than Disney. It’s just that there’s no narrative cohesion that makes them mean anything. There’s no magic. Almost everyone has seen and remembers the 1964 Julie Andrews classic with great fondness. Including me. But I seriously doubt that many will remember this throwaway sequel next year. (130 min)