Torch songs for the indie era

Escaping an abusive relationship that she chronicles in her songs, Sharon Van Etten was a late bloomer. But the New Jersey native’s emotive rock ballads are finding an increasingly engaged audience. The 33-year-old spoke with Metropolis about her new album Are We There, from her home in New York City. 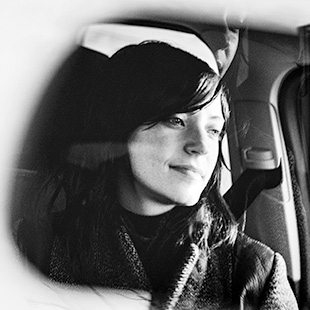 The New Jersey native is known for her emotive rock ballads

What are you up to?

Cooking in the middle of a snowstorm. I’m making a stew—it’s the first time I’m doing a stock from scratch. It’s nice to cook because I don’t get much chance. It makes me feel like a normal person.

Because you’re on tour a lot?

Yeah, and when I’m home in the Village, it’s usually only for a week. I like to watch movies and play the piano. Usually, I’m not composing, just playing stuff. It feels good to play without it being for a specific purpose.

Do you often compose on piano?

I’m starting to—but it was hard to keep a piano in New York, until my friend told me about this brand of Melody small-scale pianos. Mine was only 500 dollars.

How does writing on piano differ from guitar?

The rhythmic patterns are different, and much more simple, because I’m not very good on piano. I naturally gravitate to mid-tempo ballads, and, in a way, the piano favors that. I don’t write a lot of upbeat songs, and I don’t think I could write one on piano.

Tell us about a new song.

I have a song called “Sentence,” that’s only four chords. The lyrics aren’t there yet, but I have a melody. The idea is how in one sentence, someone can change the way you feel about them.

Do your songs tend to evolve gradually?

I have some songs that pour out of me, and they tend to be the longer ones—“Your Love Is Killing Me” is one that just poured out. But for the most part, it takes a lot of work, and the lyrics are the hardest part. If the song borders on personal, then I’d rather take more time to think about it.

Tell us about the creation of one song on Are We There.

“Taking Chances” was one of the songs that I  first wrote on the Omnichord. It’s an electronic autoharp. It’s very ’80s. It has beats and chords on it, with one button you can play a chord. So I started writing like crazy on it. When I brought it into the studio, I started tracking the beats and vocals and melodies separately. Eventually we cut the beats out and let the band do their thing.

A fair bit has been written about your time in Tennessee and how that shaped your experience emotionally. But how did it shape you musically?

I worked at a café called the Red Rose that booked all-ages shows. The people that booked the place taught me a lot about the scene. I learned a lot about touring and bands on the road, and all different kinds of music. Cat Power, Sons of Ohio … all sorts of bands came through. But I also learned about country because I had friends who were session players and whose parents were real old-school Nashville country writers.

Which song do your fans request most, and why you think that is?

They ask for “Every Time the Sun Comes Up” a lot, because it’s the one light-hearted moment I have on the record and it’s fun to sing along to, even though it’s not a light-hearted song.

Have any of your fans credited you for rescuing them from suicide?

I think I’m far from rescuing people, but I think people don’t feel alone. They’re like, “Oh you’re sad too. You say the things I don’t know how to say.” A lot of listeners find comfort that other people are feeling pain, and are able to rise above it. People say my songs are sad but uplifting. I’m not sure I’m saving anybody. But I hope my music helps people somehow—otherwise I wouldn’t be doing this.

Before you found music, did you have other ways of getting those feelings out?

I made music for a very long time, without realizing it was therapeutic. I did choir and musicals and played guitar throughout my childhood, and I didn’t really take it seriously until my 20s. I had no idea what I was doing. But people started responding the more personal the songs got.

Did you find yourself more able to put feelings down in song as you kept doing it?

Why does music exist?

I think people have a hard time expressing themselves and it’s one way of communicating when you’re having a hard time verbalizing. It’s something you can feel without having to know why.