The Book of Alan Menken

The songsmith takes Broadway to church with Sister Act

Passion is strong in Alan Menken’s voice when the Tony- and Grammy-winning composer talks about songwriting, making it evident that music is his life. The Broadway and Hollywood legend, who’s penned iconic numbers from the likes of Disney’s Aladdin and The Little Mermaid, as well as stage hits Little Shop of Horrors and Newsies, speaks of crafting songs as though it were a spiritual experience.

Menken takes it to church quite literally in Sister Act—the musical adaptation of the 1992 comedy that starred Whoopi Goldberg as Deloris Van Cartier, a lounge singer-turned-nun. The musical transports the story from the film’s 1990s San Francisco setting to 1970s Philadelphia, with a soundtrack that finds Menken and lyricist Glenn Slater exploring disco for the first time. 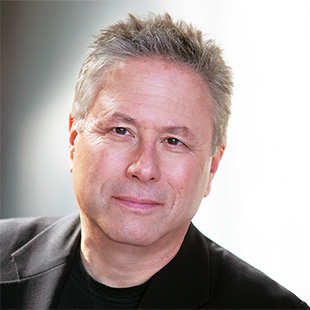 “I wanted to create, first of all, a new sound for the musical that was original for the story, and also something I hadn’t done before,” Menken tells Metropolis from New York, stating that he’d already done Motown in Little Shop. “I was looking for vocabulary that felt like it was a contrast to the convent and the church … and I had never heard an original disco musical.”

The contrast between the sensual nature of disco and the convent’s demure hymns was an idea that enthused Menken—although he was a bit hesitant coming into the project.

“Initially, I was actually a little bit weary because [Sister Act] was such a big title, and was known for the musical parodies that they had, like ‘My God’ and ‘I Will Follow Him’, so I was a little reluctant. But it was when I came up with the idea of doing it in that disco style that it all began to fall into place for me.”

The style of music is important in Menken’s approach to songwriting, as the aesthetic it conveys is integral in world-building and solid storytelling. “I always want to come up with a style that helps to illuminate the story,” says Menken, citing the calypsos and sea shanties of The Little Mermaid and the Sigmund Romberg-esque operettas of Beauty and the Beast as examples. “It makes it fun for people to recognize where that piece of music comes from. I really hate to feel like I’m constantly repeating myself, so I always look for new stylistic opportunities. 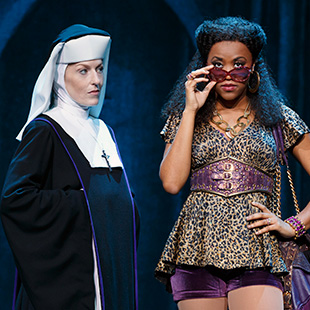 “The other part of it is making sure that as you write the songs, you’re pushing the story forward, you’re moving the storyline forward within the song and picking out just the right moment in the score when the character will break into song. That specificity, I think, really helps in keeping my catalogue varied.”

Collaboration is also an essential part of the process, and one Menken enjoys. In particular, he has enjoyed working with Whoopi Goldberg, who served the show as producer.

“I love working with Whoopi,” he says, lighting up. “She’s a very bright woman, and also provided a bridge between the movie and the stage piece, and a number of pivotal scenes in our productions. I now consider Whoopi to be a good friend and a very valued collaborator.”

Sister Act is set to tour Japan in July, and Menken continues to visit here regularly due to his affinity for the country.

“The first trip I made to Japan … I remember this was the time of the movie of The Little Mermaid; I remember that shock at being on the other side of the globe. The first time you do that, it’s an amazing experience. All of the aspects of Japan—the kimono on the streets, or seeing a shrine, or having a wonderful kaiseki meal—those are memories that never go away, especially the first time.” 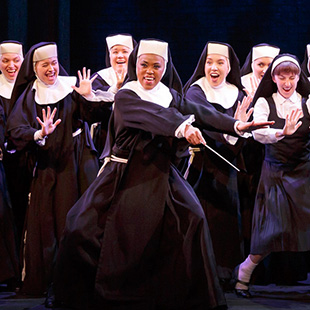 His love even manifested itself in an attempt to write a musical set in ancient Japan. While this never reached fruition, a musical about Japan is something he “would love to [do] at some point.”

Currently, Menken is hard at work collaborating with Harvey Fierstein on a musical adaptation of Mrs. Doubtfire, the 1994 comedy starring the late Robin Williams.

“We had our first table reading,” Menken confirms. “We are making a substantial amount of changes, which is normal to the process. It’s going very well.”

Despite being busy, Menken still enjoys the process nearly four decades into his career. “To sustain your career, the thing to be really committed to is the joy of being in the process.”

When asked how he’d like to be remembered, Menken professes, “I hope they will love my songs, and remember me as somebody who really wanted to communicate positive messages and positive emotions; who put a lot of love into his work.”