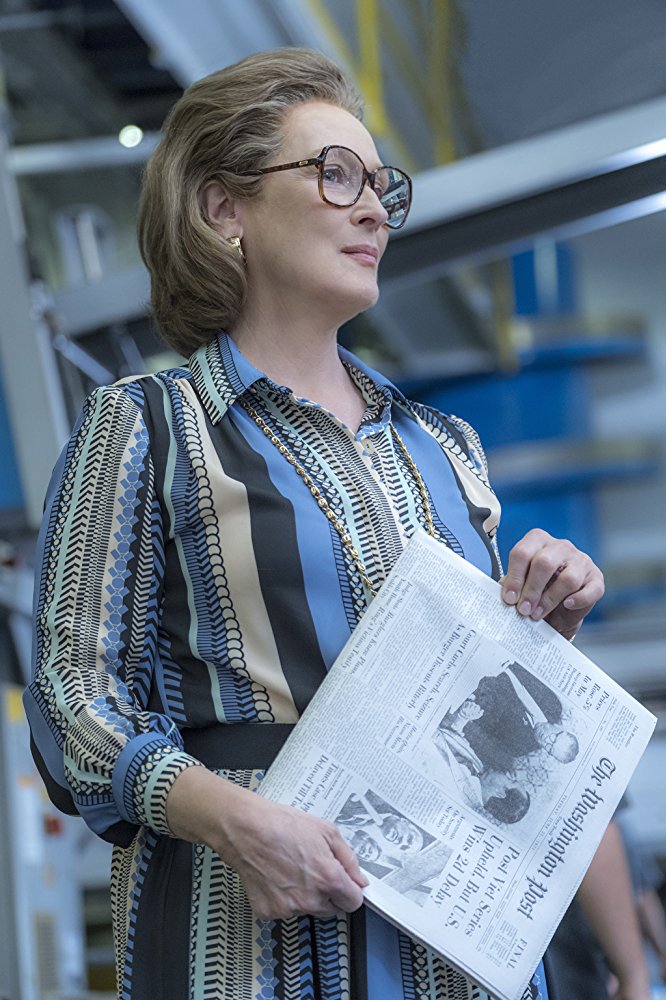 Katherine Graham (Meryl Streep), having just inherited the title of publisher at a local paper called The Washington Post, had to decide whether to defy not only President Nixon (voiced by himself!), but also those within her own organization who thought that, as a mere woman, she was incapable of such a weighty decision, one that could bankrupt the paper. On her side, uncharacteristically, was gruff news editor Tom Bradlee (Tom Hanks).

Steven Spielberg manages to tell this 47-year-old tale with historical accuracy and minimal yet sufficient exposition, and keeps it all moving at thriller pace.

Considering the current U.S. president’s continuing attacks on valid news sources in favor of drivel like Fox & Friends, this is a timely, supremely relevant celebration of freedom of the press. Its relevancy may in fact be why Spielberg chose to make it (in just six months). And its theme of female empowerment adds to its resonance.