A first look at the future battle ground

Shinzo Abe appeared at the Rio Olympics closing ceremony center-stage atop an oversized drainpipe and dressed as Super Mario. It was clear Tokyo 2020 was going to be epic. The next evening, my Team GB colleagues and I flew home to London Heathrow. The airport hummed with Olympic fervor. Journalists, workers and passengers were all eager to get a piece of Team GB. Two years later, I wait at my departure gate in Terminal 5, no shenanigans this time; no starry-eyed public or publicity-hungry PR people. I board my flight to Tokyo in peace. I am keen to see the 2020 Olympic rowing venue and curious to witness, firsthand, Japan’s Olympic preparations. Moreover, I want to discover what other surprises await me in the country whose Prime Minister has a penchant for cosplay.

Salty winds blow in from the ocean and ripples track across the water; the only life in an otherwise motionless landscape. The view is industrial; concrete wharfs, metal cranes and two new construction sites. To the north, traffic laden highways stretch beyond sight blurring into the Tokyo skyline. On the drive to the venue we passed lorries stacked with shipping containers from all across the world, but now, immediately below us, the dockside machines are silent and still. Hunkered down beside the water’s edge they rest like sleeping giants. The only sounds are curiously natural; birdsong, a whistling wind and the ocean waves.

Gradually the Tokyo Bay viewing spot fills with rowers. The British Rowing Team have scrambled up an unmade dirt path that bisects the surrounding scrubland, to look down upon the future Tokyo 2020 rowing venue. Our host waits patiently as the group assembles within earshot. She introduces herself as a representative of TOCOG (Tokyo Olympic Organising Committee) and outlines both TOCOG’s agenda and her role within it. After the briefing she removes a number of large laminate slides from her bag, the team huddle in and pour over the slides. Stylised architectural drawings, technical plans and annotated blueprints are revealed. They detail two new boathouses, a bridge over the course and wave barriers. A brief Q&A follows, before we trot down the hill to our bus. 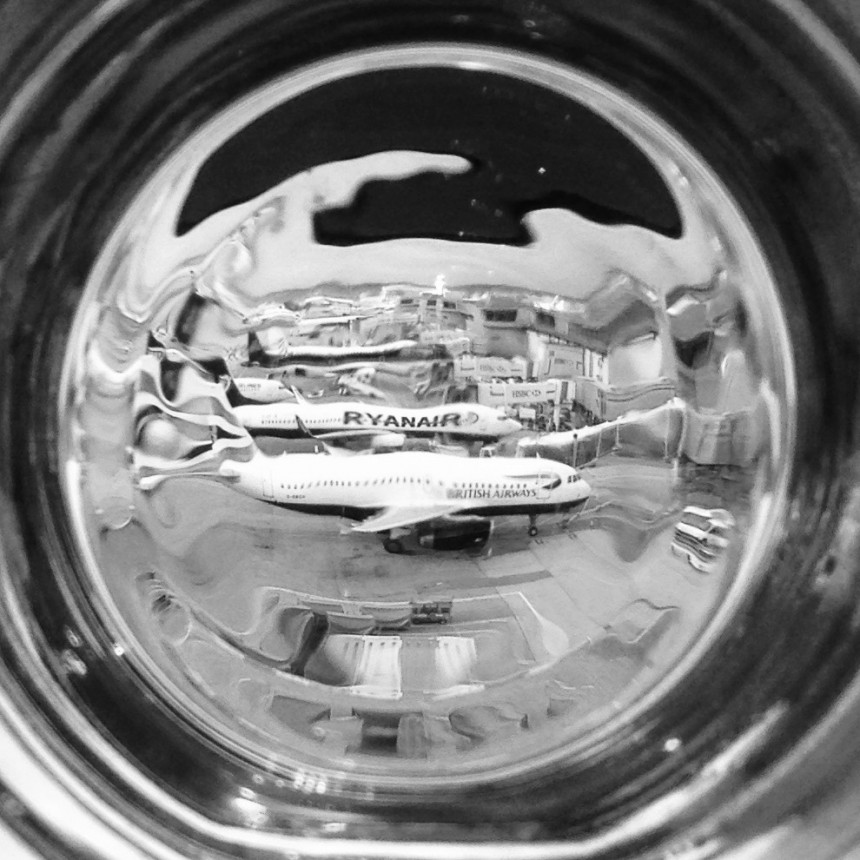 The team agree that the prospective venue is well positioned. It is close enough to the city to attract a good crowd and a lively atmosphere. Assuming sufficient public transport is provided, this venue will be buzzing during The Games. From a rower’s perspective, an obvious potential danger comes from the waves. Conditions in Rio were very temperamental due to its proximity to the Atlantic Ocean. However, our TOCOG host stressed this will not be a problem due to the sophisticated anti-wave barriers currently under construction.

Back on the bus, a microphone-wielding tour guide delivers her monologue. She has great stamina and expels an endless stream of facts and figures. Traffic is heavy and our journey is painfully slow. It is made worse by the guide’s habit of ending each statement with a theatrical and self-affirming: “…hmmm, yes.” We drive across a long bridge and the view over the water is breathtaking. In the distance, Shimbashi’s skyscrapers glisten. We reach downtown and navigate the city’s clogged arteries beneath towering glass facades. The sun has long since set when we pull up at No.1 Ichiban-cho, The British Embassy. The team groggily file out of the bus and parade past security, passport in hand.

My memory of the embassy event is hazy. I do remember admiring a photographic collage by David Hockney. It hung on the wall above a table displaying portraits of various British Prime Ministers. Hockney’s nuanced artistic choices playfully disrupt time and space. The careful artistic judgements at work within the collage seem far more coherent than the chaotic gambling politics of those displayed below it. Meanwhile, Team GB Olympic archers race each other on rowing machines and rowers try to blend into the crowd as the Chief Coach picks at random for some of us to join in the “fun”. Later, with the finger food gone and the dignitaries departed, the event draws to a close and we are free to explore Tokyo.

Bright red pincers snap at my face. They are huge: bigger-than-my-head huge. Claws the size of small car doors, neon lasers and teeth-chattering bass – I am two sakes to the good and yet these are not intoxicated apparitions nor jet-lagged dreams: This is Robot Restaurant! I suspect it is well known among Tokyoites but trying to explain my dining experience to friends back home proved difficult: “Imagine playing Space Invaders while tripping on acid. Cork those hallucinations, toss the bottle into a sea of glitter and you’re probably coming close to the bizarre world of Robot Restaurant.” Come the Olympics, this place will be packed. During the performance we were entertained by stories of the end of the world, warring robots, the Día de Muertos and marigolds. Pre-show drinks, in the twinkling surrounds of the restaurant’s bar, help loosen one’s senses — a necessity to understand the storyline. From unnervingly sticky floor to ghastly mirrored ceiling, the bar is an explosion of glitter and gold. All in all, it is a sumptuously seedy and sublime experience.

After the show the audience are disgorged into the street. It is slightly disorientating as the point of entry differs from the exit. The night sky bursts and we huddle beneath a kanji awning, taking temporary shelter from the torrential rain. It lashes through the streets and floods the gutters. We are ill-prepared for these sporadic bursts of bad weather. Shivering like a bucket of eels, our mass succumbs to both weather and jet lag. We decide to find our way home. I sway through the side streets of Shinjuku like a zombie. My leaden-legs are unsteady as I weave amongst the pedestrians, waves of tiredness crashing through me. The metro is a blur of sing-song chimes, deep dreams and truncated dozes.

Otherworldly and ethereal, the fabric of Tokyo is a tapestry woven by ancient and modern threads. It will provide an incredible backdrop for the Olympics. Foreign spectators will be absorbed and fascinated by the uniquely Japanese customs that pervade Tokyo. Perhaps, it was the jet lag but Tokyo seemed to create a sense of bewilderment as if swimming in a dreamland metropolis, at times it feels as if the city were a series of images conjured by one’s unconscious. Tokyo 2020 harbors the dreams and aspirations of many athletes from around the world. They have just 18 months to make their dreams a reality.

“Dreams are made with blood sweat and tears.” RYU MURAKAMI