Some people may feel like what I’m doing is bad or a waste of time, but they can think whatever they want. I believe that I should have fun, no matter what I decide to do in life. 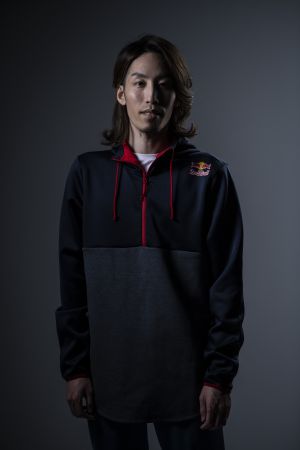 For anyone who has ever woken up on Christmas morning hoping to have the newest console beautifully wrapped under the tree, it’s probably safe to assume that at least at one point in your life, you also hoped you could play video games for a living. Finally you’d be justifying all those times you begged your mother for one last game before bedtime. With the rise of YouTube, live streaming platforms like Twitch and professional esports, your dream of making the big bucks from home has never been closer to coming true (yes, we know many high-paying professions are working from home these days, but that’s beside the point).

As big industries feverishly attempt to get a slice of the lucrative 130-billion-dollar gaming pie — like the U.S. Army creating an esports team — it’s no wonder that the Japanese government is looking at esports as a way to boost the lagging economy. With that said, is Japan truly ready to embrace a society boosted by gamers?

To learn more about what it means to be a professional gamer, Metropolis spoke with professional streamer, esports champion and YouTuber, Chikara Kawakami — better known as SHAKA — for his insights on live streaming, esports and gaming culture in Japan.

How did you get your start into gaming?

SHAKA: My dad. He bought our first [gaming] console when I was little — maybe around three years old — so I’ve been playing for as long as I can remember. However, I didn’t get my first taste of PC gaming until junior high school, when my dad bought a computer. It was for his work, but my brother and I would play on it when we had the chance.

In the past few years, gaming has become more and more accessible through mobile devices, TVs, etc. Almost everyone plays some kind of game. How do you feel about this?
I personally feel pretty envious. When I was a kid, it was so much harder to play any type of video game. On the other hand, it’s really wonderful for everyone to get the chance to play.

When it comes to gaming professionally in Japan, what are the biggest differences between streaming and esports?
With competing professionally, it’s just like other sports. As a player, you play in tournaments, you win, you get some cash. For streaming, it’s maybe closer to being a celebrity. You get sponsors, and you get a lot of money to stream. Compared to what esports players make, it’s not very balanced. With esports, it all depends on whether you win the tournaments or not.

This not only applies to playing video games, but everything in life. If you focus all your skills and time on doing one thing professionally, it can carry a lot of risk.

Do you think that’s why a lot of esports players are also streamers?
When you have an online gaming competition, the star players are the best of the best. They gain their popularity and money by showing great performances. That’s how they make their living.

What about the other players, who are not that good?
Well, what’s left for them is to try to show that they’re unique by doing something outside of esports, like streaming. Here they can show off their character to earn popularity and money.

Do you feel that what you do for a living is respected in Japan?
Gamers who know about me and watch my streams respect what I do. But not everyone is going to be into gaming. There are people who play video games on their smartphones or just got into gaming who don’t know about me well, and think I’m not all that proper. Of course, because of that they don’t respect me. But yeah, at least for the gamers, the true gamers, I guess that I am respected.

What do you wish was more well known about playing video games competitively?
It doesn’t matter if the game is 1 vs. 1 or 5 vs. 5, it’s a team game with real people. It’s pretty close to the actual sports. Actually, I think it’s the same. If you’re a fan of football or basketball, you know how fun it is to watch
a competition. Both normal sports players and esports players have been training their whole lives for this, and are giving it all they have.

The only reason why many people think that esports is a waste of time is because they don’t understand the rules or the game. But at its core, it is still a competition. 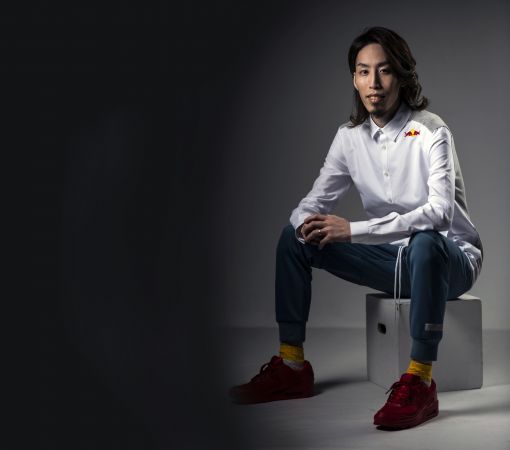 With so many international fans, do you feel like you’re representing Japan?
To be honest, I really don’t have the notion that I’m a representative of Japan or anything like that. Maybe it’s because a lot fewer people watch me compared to famous professional athletes. However, I am careful about what I say, and try not to take things over the limits of what’s allowed.

How do you feel about the sudden rise of esports in Japan?
When I used to compete, there weren’t so many awards or so much money involved. At that time, there were players who couldn’t make a living with just gaming.

Now, if you and your team win a competition, there are loads of prizes and perks for your team. It’s a great change, and I think it’s better compared to before. It’s also good for me, because I like to watch the tournaments.

Do you foresee any problems with the growing popularity of playing video games professionally?
This not only applies to playing video games, but everything in life. If you focus all your skills and time on doing one thing professionally, it can carry a lot of risk. What happens if you wake up and you’re not able to do this anymore? It would be awful.

Many kids now start playing games at a young age, and as they get older, they suddenly realize they have to start thinking about their future. There will come a time when they need to choose between going to university or becoming a professional gamer. Not many people continue as professional gamers into their 40s, 50s and 60s, so it’s something you have to keep in mind. It’s one of the things I’m concerned about for my own career.

What made you decide to go all in to become a professional gamer/streamer?
When I first started to join competitions, there weren’t any rewards involved. I just did it because it was fun. I wanted to be the best at whatever game I was playing. I wanted to win. It wasn’t until I participated in the Taiwanese pro league that I got my first reward, and thought that this could become something I could make money from.

As for streaming, it was also a hobby at first. I couldn’t imagine making money from it, let alone a career. However, before I knew it, I was earning an income. Actually, before I was doing this full time, I had an office job. Once I began showing my face on stream, I started getting recognized and the news eventually reached my boss. Since it was a company that required employees to have a professional image, my boss made me choose between keeping my job or to continue streaming. It was a tough decision, so I discussed things with my wife and she said she would support me either way. Of course, I decided to go with streaming. 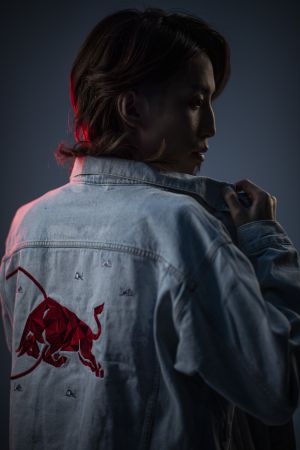 As someone with a family, how do you balance gaming/work with spending time with your family?
To be honest, I don’t think I’m balancing the two well. Unfortunately, I kind of put more time into gaming than being a family man. Thankfully,

I started dating my wife when I was competing professionally, so she is a little used to it. She still gets angry, but she understands. I believe she is a lot more understanding than the average person, so I’m very grateful.

As a rule, I do try to have a few days a week where we go out somewhere or do something that we both like — I feel like that at least is a must.

After all this time gaming as a career, are you still able to enjoy playing for playing’s sake?
Definitely. When I choose a game I’m going to stream, I always pick one I want to play or that makes me feel happy while I’m playing it. I’m not one of those people who plays a game just because it’s popular or because their viewers are expecting them to stream it. I don’t do this just for the show. I do it because I enjoy it. It has always been, and will be, my hobby.

When someone asks me ‘What are you going to do on your day off?’ It’s always the same answer: I’m going to be at home playing games.

One unique thing about streaming is that viewers can communicate with you in real time as you play. Do you feel that this is a positive or negative?
When we talk about someone like Keisuke Honda or other star Japanese athletes, there are people who support him a lot and others who don’t like him at all, but his fans will always be with him. However, there is a kind of metaphorical wall that separates the audience from the players.

With streaming, it’s different. You don’t see it as an audience, but as people you play with. They see you as a pal or a buddy; it’s much more intimate. They get to know a lot about you and start to see you less as a celebrity.

When it comes to streaming, what are your goals for the future?
Whether I would like to be a streamer for the rest of my life, I don’t know. At the moment, I’m enjoying what I do and want to continue for as long as I can. I believe I can earn money from streaming to support my family well into the future, but then again, you never know what the future holds. For now, I’ll take it one step at a time and see how things go.

Some people may feel like what I’m doing is bad or a waste of time, but they can think whatever they want. I believe that I should have fun, no matter what I decide to do in life. It’s crucial. It’s how I got into streaming in the first place.

All you can watch on Disney+, U-NEXT, hulu and Amazon Prime Video