Freedom of the press is an issue that faces many news agencies in Japan since Prime Minister Abe’s return to power in 2012—the country is currently listed 67th out of 180 countries in terms of press freedom according to a recent report by Reporters Without Borders. HodoBuzz is a new bilingual TV drama looking to address this issue and bring it to the attention of a wider audience. Put together by a group of Japanese expats currently living and working in New York, the plot involves a young woman who, after experiencing sexual harassment in her Tokyo office, relocates to New York and develops a new found confidence to speak openly about the Japanese media industry’s false reporting, political ties with talent agencies, and other industry taboos. 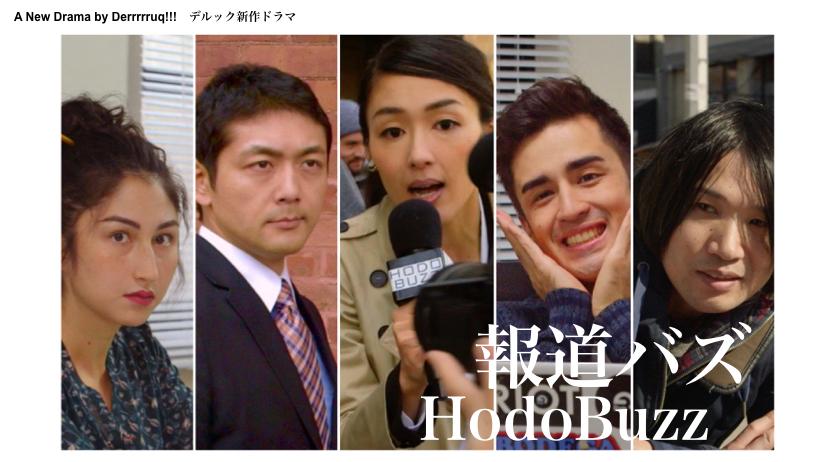 It’s a plotline that is close to the heart of its creators who, in their own words, “desire to be a disruptive force in the industry.” Their team name, Derrrrruq!!!, comes from the Japanese expression “the nail that sticks out gets hammered down.” Believing in diversity behind the camera (the team consists of two women and one openly gay man) they aim to create stories that center around people who refuse stereotypes of gender, nationality and age.

The filming of the six episode mini-series has been wrapped but the team are now looking for extra funding to help with post-production and promotion. From July 10 until September 5 the team will be running a crowdfunding campaign and are hopeful that HodoBuzz will be picked up by a major VOD platform in Japan for 2019.