Shinichi Osawa is one of Japan’s most renowned producers and DJs, reaching the kind of international acclaim that has eluded many of his peers. Constantly reinventing his style since the early 90s, his solo work as Mondo Grosso has involved collaborations with a broad spectrum of Japan’s popular and emerging artists including Hikari Mitsushima, CHAI and many others. His latest work under the Mondo Grosso banner is BIG WORLD and he was kind enough to speak with Metropolis about the new album and other current and upcoming projects.

Metropolis: What were the challenges you faced in creating the new album, BIG WORLD?

Shinichi Osawa: Producing an album is always a wonderful experience, so even if it seems like a hardship at first glance, I have not let go of the feeling when it is over.

SO: There is no clear line, but Shinichi Osawa’s music is more personal, while Mondo Grosso tends to emphasize the values and taste of the project, including its history. However, it is not often the case that clear lines are drawn at the beginning of the music-making process.

M: RHYME SO is a collaboration with Australian artist RHYME, with whom you opened a vegan cafe in Shibuya called The Nuts Exchange. How did the idea for the cafe come about?

SO: I had always been interested in milk alternative products, and the macadamia nut milk I drank on a trip to Australia was so delicious. Then RHYME started making it at home in Japan. This is how the idea of creating a store in Tokyo that focuses on nut milk, and milk made with macadamia nuts, was born. Toriba, one of the owners of GINZA MUSIC BAR, and Wakadana from Shonan No Kaze became the core of the project, which culminated in the opening of this vegan and zero-waste restaurant.

M: You and Hikari Mitsushima have had a special relationship since 2017’s “Labyrinth.” What was it like to work with her again on BIG WORLD?  What do you like about her as an artist? 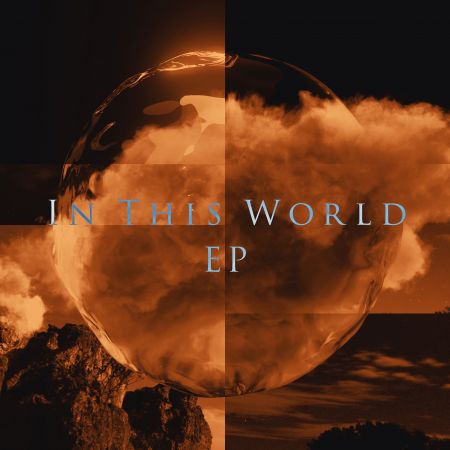 M: A YouTube comment on the “IN THIS WORLD” video says “This society has made me feel awful about doing something as inevitable and natural as aging. Even at 22 I feel old at times as a woman. But having such a beautiful song with Ryuichi Sakamoto and Hikari, both 35-70 years old, still beautiful, still human, still creating art and dancing and feeling. It’s a beautiful thing to be alive and to even experience aging.” How does it feel for you to see more and more young and talented artists joining the music scene? Scary? promising?

SO: I’m rather surprised that it’s being received that way.  Young talented artists have no fear, rather they’re open to forming musical diversity. And it is not a question of age, I would not be surprised if a 65-year-old new artist can change the world.

M: It seems like only Mondo Grosso can get such a broad range of artists from different fields together (ermhoi, Asuka Saito and どんぐりず etc…). Do you feel like you’re an ambassador for the Japanese music scene?

SO: I don’t think I am good at being an ambassador…I don’t really want to represent Japan, but if I am helping something, I am honored to be an ambassador.

M: Can we expect Mondo Grosso to perform shows where some, or all, of the guest vocalists from BIG WORLD perform on stage?

SO: I am not sure if we can do it soon, but I would like to try.

M: The world seems to have found a way to coexist with the covid. Are there hopes for another European tour on the horizon soon?

SO: I am really itching to. I would love to perform abroad right away.

M: As a producer, you produced many artists including Ayumi Hamasaki or Namie Amuro. The latter stepped away from the industry and Ayumi became the symbol of 2000s culture. 2022 seems to lack absolute icons for the generation. Do you think that’s the way it is? Or do you have any thoughts on the current scene?

SO: This is a difficult question for me. Isn’t the absence of icons the icon of this era?