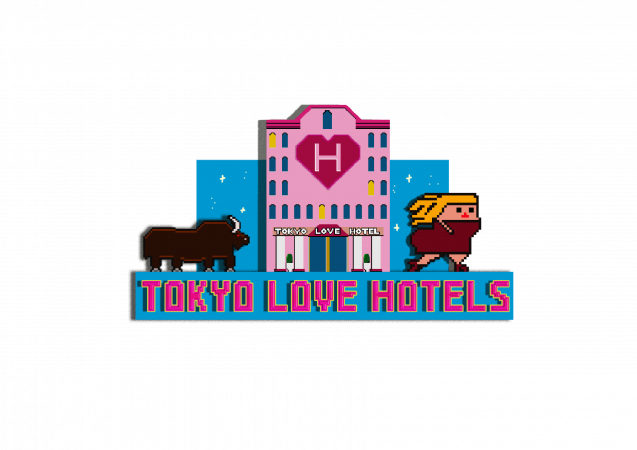 Since its birth in 2018, Tokyo Lovehotels has showcased over 300 local and international artists, popups, and performance acts. In collaboration with Metropolis Japan, Tokyo Lovehotels cherry-picks three talents each month to be featured as LOVEHO SELECTS, showcasing artists and small businesses to readers and culture enthusiasts alike.

“Tokyo LoveHotels is an art-event organization based in Tokyo, Japan, that gathers local and international talents of all ranges to share a night of art, music, experiences, and love with the community. They support artists by providing space for them to perform, promote, network, sell, and exhibit their work; free of charge and commission.” 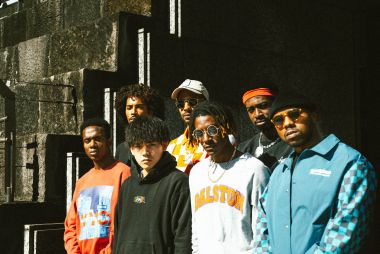 The Hilt’s first live show was at Tokyo Lovehotels. Having known many of the members before the group’s birth, we were already familiar with their respective talents. Them as a collective was an intricately captivating mix and match, ready to take on Tokyo; and so they did. With uplifting music, positive energy, engagement with the crowd, and apparent love for their craft, we’ve kept an eye on The Hilt, moving as powerfully as a collective as they do as independent artists. Now seasoned and grounded, they frequently perform at shows throughout Tokyo and Japan. We recommend you go emerge yourself in the energy of what makes up “The Hilt.”

The Hilt is a Hip-Hop group based in Tokyo, Japan, with members highly skilled in rap, singing, and producing. There are 7 members in The Hilt, all with various styles, named A.Valley, MJ the Sensei, Monsieur Jovoni, Kraftykid, J.Rovia, Neku, and J the Protagonist. Members hail from the US, Japan, the UK, and West Africa.

This year, The Hilt released their first single from their upcoming project called Undftd, coupling contemporary production with exciting raps, melodic bridges, and catchy Japanese phrases. The Hilt is known for their incredible live performances, generating crowds upwards to 200+ people, as seen from their West Japan tour in July. The Hilt is currently working on a project, and preparing to release singles and music videos in the coming months.

“As one of our members likes to say, “We ain’t from here, but we out here!” We are truly grateful to have all come together over the past couple of years to be a representation of what Hip Hop is, out here in Japan. We come from all corners of the world, but for us to gather here in Tokyo and become an indomitable force in the Hip Hop scene, we know we are doing something unprecedented, and never seen before — that’s why our motto is “Get broken or get built,” and we choose to build this thing from the ground up, brick by brick. We are here to bring you a piece of our culture and want you all to have fun and enjoy the journey with us. Keep your eyes peeled and your ears wide open for the name, The Hilt!”

We will never forget the first time we met Solène Ballesta. As a Tokyo newcomer, she had reached out to us for coffee and brought her portfolio, seemingly resemblant of an antique artifact filled with gems. Flabbergasted in awe, we immediately agreed to have her exhibit her artwork at Tokyo Lovehotels. As of today, Solène has exhibited with us on several occasions, and each time manages to effortlessly grab the crowds’ attention with exquisite artwork and photography. She knows how to romanticize and make each moment something of beauty. Although a professional and well-established artist in the scene, we truly admire Solène’s modest, humble, and eager approach to new collaborations. We believe that is true art.

Solène Ballesta is a French multidisciplinary artist based in Tokyo. She graduated from La Sorbonne University in Paris in Cinema and Contemporary Art studies. She directs her work towards storytelling, hybridating different medium and genres, from documentary to fashion, portrait to performance. She won PICTO Award for Young Fashion Photography in 2014 and exhibited at Louvre Museum and Galliera Fashion Museum in Paris, then at several international art fairs. She moved to Japan in 2019 to find her own studio, continuing her plastician research on conceptual photographs, videos, and installations.Solène’s work focuses mainly on portraits, on human beings. She considers the artistic practice as moving and hybrid, like human emotions always fluctuating. She’s fascinated by subjects like eroticism and surrealism, the blurred limits of genders, femininity, and cultural encounters. She uses mainly photography and video, but also installation and space design, calligraphy, and 3D.

“In art as in life I believe that experimenting and mixing is the most precious treasure. Thanks to encounters we can open ourselves, and sometimes, borders between disciplines, emotions, and people are so flexible. Keep meeting and discovering, try new things, don’t put any tags on yourself, embrace all of your emotions and make every day an artwork. This is the beauty of it.” 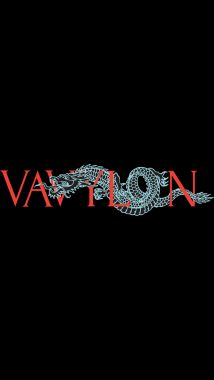 Rahman Maruo Farnell, the founder of VΔVYLόN, is an inspiration to those who want to start a clothing brand. Creating a brand is a dream for many. As cool as it may be, there is a lot that goes behind the scenes which makes it a difficult endeavor to pursue. From design to marketing, to learning how to sew, Rahman has continued to grow his brand with the utmost positive spirit. Meeting him in person at the Tokyo Lovehotels popup, we could sense his love and passion for his brand. His energy extends onto social media where he shows videos of him on his sewing machine, documenting the production side of his garments. With unique and cool designs, in conjunction with his naturally appreciative energy, Rahman makes us eager to continue supporting VΔVYLόN.
PS. VΔVYLόN will have its first fashion show on November 12, 2022, in central Tokyo.
Tickets available via this link

VΔVYLόN was founded in May 2018 by Rahman Maruo Farnell. VΔVYLόN originated in Osaka, Japan, and has expanded internationally. From a very young age, Rahman had a passion for fashion and was first inspired by his grandma and grandpa’s boutique located in Osaka, Japan. Rahman experienced two different cultures growing up, being that he is half black and half Japanese, Rahman wanted to highlight a representation of himself in his work and promote unity between two different cultures. When he attended college in Chicago, he was heavily influenced by JoeFreshGoods, Jerry Lorenzo, Ronnie Fieg, and Pharrell. That’s when he created his first custom bomber jacket and has been creating his original pieces ever since.

Rahman then decided to build a luxury streetwear brand and came up with the name VΔVYLόN which stemmed from the city of Babylon. Babylon is known for its great reputation for learning and culture and became the source of inspiration for countless literally and artistic work. This is similar to what Rahman wanted to promote with his brand. VΔVYLόN is all about connecting with people all across the world through fashion.

“What you wear is how you present yourself to the world. Especially today, when human contacts are so quick. Fashion is instant language” – Miuccia Prada.

For more information on Tokyo Lovehotels and their upcoming events, head to their Instagram.