Four ‘science girls’ working in Tokyo discuss their careers, gender in science and the ‘rikejo’ phenomena.

Change can be a struggle, but at least Japan’s science girls are no longer lost for words.

Roughly translating as ‘science girl,’ rikejo is a buzzword referring to a girl studying or working in science and technology professions. If the term brings to mind 1980s sci-fi magical girl anime, you could be forgiven.

Apparently, words have power, even in science, because the term rikejo has done some good. Rikejo have a reputation for being cute as well as smart, and the word helped rebrand previous perceptions of women in science as being unfeminine and undateable. There’s a rikejo magazine, a rikejo cafe and even rikejo fairs aiming to encourage high school girls into science.

This encouragement is needed. According to a head count from the Ministry of Internal Affairs and Communication, as of 2016, women were only 15.3% of science and technology researchers in Japan. Whether a lack of female role models, difficulties balancing work and childcare or a perception that science is a ‘masculine’ discipline is to blame, the Japanese government failed to meet the targets set in 2006 to raise the number of female researchers to 20% by 2016. Even if this picture looks bleak, individual women working in science are thriving. Metropolis spoke to some of Tokyo’s rikejo and found them all to be passionate about their careers, many advocating change for themselves and others.

Dr Yuko Makita: a rikejo role model
Dr Yuko Makita is a rikejo role model. After getting her PhD she did her post-doc at the Institut Pasteur in France, before returning to Japan to begin her career at the Riken research institute, where she currently researches bioinformatics. She feels that the problems facing women in science are symptomatic of the gender issues Japan faces as a whole. “In this culture, women bear a larger responsibility in issues such as raising children or caring for the elderly.” She does point out that the flexibility of some researcher positions can make the lab a more female friendly environment than the office. “As it isn’t a role which deals with customers, you can make up for lost time if, for example, your child gets ill. In this way there is a good work life balance.”

Although Dr Makita’s impressive career has not been blighted by discrimination, she notes problems with the industry as a whole. Even if younger scientists do not have sexist attitudes, the older generation are often the ones making the decisions and are less likely to accord women the traditional makers of career success, such as being the PI (Principal Investigator) on a research paper. Indeed, her observation reflects the numbers: among female researchers in Japan, most are working in assistant roles rather than as lecturers or professors. As for the term rikejo, she is grateful that the word now has a positive connotation as this was not the case in the past. “Rikejo has a far more approachable feel to it, and although I don’t describe myself as one, I wouldn’t mind doing so.” 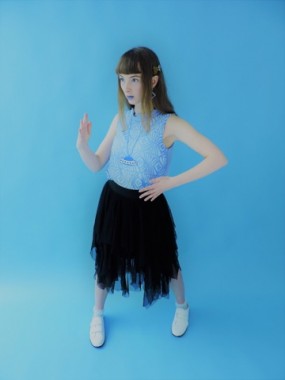 Scarlett.ai: Singer and data scientist
“I think the biggest thing I find frustrating in Japan are the clear paths people have cut out for them. You’re either a singer or a data scientist… depending on which came first in conversation, I’m either labelled an office worker or a performer before they know enough about me.” Singer and data scientist Scarlett defies stereotypes. She works with Artificial Intelligence in her day job and draws on this knowledge for her artist persona Scarlett.ai, a blue-lipsticked singer who performs futuristic songs with robotic dance moves at music venues across Tokyo. Young and blonde, it’s easy to believe that someone with such a cute appearance who engages in ‘frivolous’ pursuits like performing struggles against preconceptions amongst the swathes of grey-suited male programmers in Tokyo. “I feel women in tech without the typical “tech look” are much more judged… I think the stereotype sometimes leads others to not take me seriously or undermine my ability – when I believe pursuing both creativity and science makes me well-rounded.”

Dr Eva Knoch: Science girls, without the lipstick
Dr. Eva Knoch holds a fellowship from the Japanese Society for Promotion of Science. Educated bilingually in German and Danish, when I ask her if she has faced sexist discrimination while working as a researcher in Tokyo, she answers with a clear ‘no.’ However she has noticed a gender imbalance in the wider industry, “Overall, there may be an equal number of women and men in our cafeteria during lunchtime, but most of the women are administrative staff, technical assistants, part-timers, etc, while most of the scientists are men.” For Knoch, the word Rikejo brings to mind, the “terrible video the EU made a few years back which completely backfired. Sexy science ladies and lipstick. But it seems like rikejo is a different approach, they seem to honestly want to give girls who are interested in studying science insights into what that means, with real life examples. I think it is a positive thing, any effort to show girls the many possibilities life offers them is great. Especially great if it doesn’t involve lipstick!” 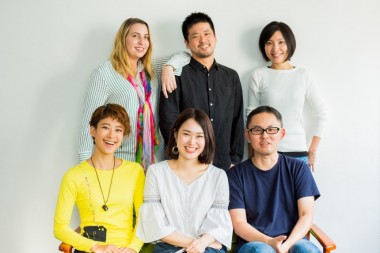 Yuka Fuji: The empowerer of rikejo
CEO of communications and photography start-up Famarry Yuka Fuji wouldn’t call herself a rikejo, but her work is inextricably intertwined with technology. Famarry is an online service where couples getting married can match up with wedding photographers and organize their ideal wedding shoot anywhere in the world. “The purpose of business is to empower people through technology,” says Fuji. Her vision for Famarry was born out of years of experience working in the wedding industry in three Asian countries. Fuji’s vision is to use technology to create opportunities for anyone with passion, regardless of background. “It’s difficult to keep working for Japanese mothers. I want to give opportunities for Japanese women to extend their ability.”

Female CEOs are still rare in Japan, but Fuji sees her gender as an asset. “Because it’s rare, you get media attention,” she laughs. The Tokyo startup community are mostly male but have been very supportive. “All of my friends are CEOs… it’s a very small world actually.” Indeed, her advice to aspiring female entrepreneurs is to surround yourself with supportive people. “Environment is really important. I have a lot of people who are passionate about what they do around me. If you have people you can look up to, you can understand that there are so many ways to do what you want to do.”

“Now I don’t care about being a woman or not… I just focus on what I do.”