Gyoza fans take note: there is a new spot in town. 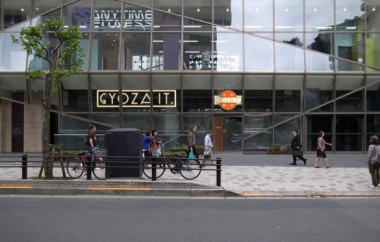 GYOZA IT. will open on Thursday, September 7 in Akasaka, a neighborhood in central Tokyo a stone’s throw away from the bustling nightlife of Roppongi and the government district of Nagatacho.

The stylish restaurant adds a modern twist to the gyoza — which is something of a Japanese soul food — pairing different styles of dumplings with wine and champagne in a chic setting. The interior of the restaurant is spacious, with a bar and a large dining area, but the most prominent feature is the open-plan kitchen that’s fitted with an approximately 5-meter wide hot plate where gyozas are cooked; the delicious smells wafting from the plate and the sizzling sound of the dumplings combine to enrich the culinary experience.

The bar-counter seats are perfect for solo diners stopping for a quick meal and drinks, and large tables are available for groups. As well as gyozas, GYOZA IT. serves trendy tapas dishes and foods cooked on the impressive hot plate. The bar has a comprehensive drink list that counts beers, spirits, and rare sake along with champagne and wine as options. 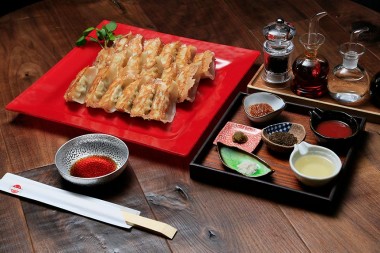 In recent years, Japanese food has seen a surge in popularity around the world. As of July 2015, when Japanese cuisine was added to the UNESCO Intangible Cultural Heritage list, the number of Japanese restaurants globally was estimated to be 89,000. This global interest in Japanese cuisine is reflected in the interests of foreign visitors arriving in Japan, 71 percent of whom are interested in eating local foods, according to polls.

GYOZA IT. looks to tap into this market by offering one of the nation’s favorite dishes in a contemporary setting. With an international staff, who speak 15 languages combined, foreign customers at GYOZA IT. can enjoy traditional Japanese food in a comfortable, modern environment.

The doors open at 5 pm on Thursday, September 7 and, on the grand opening day only, they’re giving out free glasses of champagne (one glass per person)!