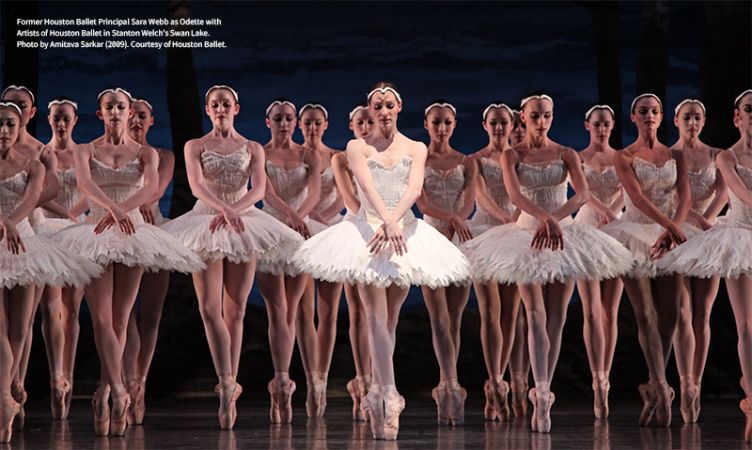 In October, for their first-ever tour in Japan, Houston Ballet will be performing Swan Lake. While taking original choreography from Petipa and Ivanov, Welch has incorporated his own twists for a unique interpretation of a classic. Exploring darker themes of human psychology within a fast-paced plot and boasting a wide range of active dance numbers, Welch’s Swan Lake is a breath of fresh air (and a gulp of an energy drink) among the many versions of Tchaikovsky’s masterpiece. Even those familiar with Swan Lake will find new insights and inspirations from this visually stunning rendition.

In this version, Odette appears as a swan during the day and a maiden in the evening. Donning a long, white gown, it is the maiden version of Odette, the sweetest femme fatale, that drives the plot forward. Fans of the original will also notice that Odile, the Odette look-alike sent to seduce the prince, initially appears not as a black swan but as an elegant magician. Welch has set up the costuming and plot in a way that makes the leading ballerinas perform four highly contrasting roles, leaving audience members to revel in the versatility of the dancers and reassess the dichotomy of good and evil.

The excitement doesn’t end with the leading ladies either. For those who are not fans of the first act of Swan Lake, Welch has changed up the usual pas de trois for a variation performed by four of the prince’s potential wives and several male dancers. The male group choreography and folk dances throughout the whole performance have an upbeat energy about it that differs from Petipa and Ivanov’s original. Not quite Russian nor English, Welch’s Swan Lake materializes as a distinctly American performance – it’s dynamic, fast-paced, bold, and evokes the kind of emotion that can only be experienced in the theater.

As an audience in Tokyo, one of the highlights of Houston Ballet’s Swan Lake will be the several Japanese performers that will grace the stage. Two of the six principals, Kajiya Yuriko and Yoshiyama Charles-Louis Andre, are notable Japanese dancers. Known for her precise technique and graceful presence on stage, Kajiya is well-established in her mastery of lyrical and dramatic roles. As many ballet companies were forced to close down temporarily during the onslaught of Covid-19, Kajiya started a charity to support Japanese artists. Due to her worldly career and her contributions to the Japanese ballet world, she received the Ministry of Education Award for Fine Arts in 2020. 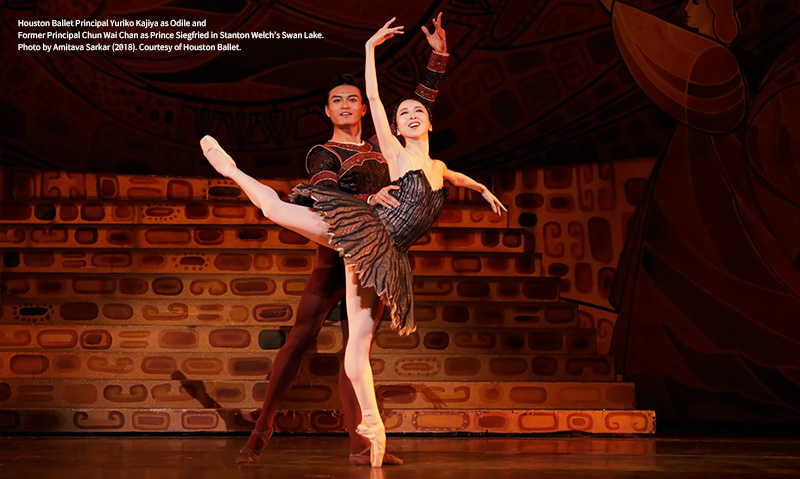 Yoshiyama, the other Japanese principal, is versed in not only classical ballet but several genres. As a winner of the Prix de Lausanne in 2007 for contemporary dance, Yoshiyama’s sharpened skill in modern dance proves him to be a versatile performer. Audience members can enjoy Yoshiyama’s expertise in classical performance in Swan Lake, while his deep understanding of more contemporary genres lends itself to the modern takes of this rendition.

Performances will be held on October 29th and 30th, with a total of four showings. For more information and tickets, visit their website or their English ticketing link.

An interview with Sarah Lane, guest principal of Houston Ballet