In Japan, 30 can feel like a dirty word. In a society where the feminine ideal is a 16-year-old idol and films are more likely to indulge in sentimental high school nostalgia than embrace adulthood as a period of freedom and new possibilities, the idea of a female artist penning an album that openly celebrates turning 30 feels unfamiliar. Yet it is Nao’s unashamedly grown-up second album Saturn which has brought her back into Tokyo’s gravitational pull. Metropolis caught up with the British singer ahead of her debut Japan performance.

Nao’s sophomore album takes its name from the “Saturn return,” the astrological idea of Saturn completing its orbit, resulting in a watershed in an individual’s life. “It’s this idea that Saturn takes 29 years to orbit from when you’re born and it is the planet of blessings and growth,” Nao explains. Whether you believe in astrology or not, the metaphor is a powerful one to describe the growing pains of the late 20s and early 30s, when it is not uncommon to go through life changes or a re-evaluation of identity. Saturn benefits from Nao’s depth of experience, both artistic and personal.

She has always eschewed genre boundaries (unsatisfied with being branded as RnB, she refers to her first album as ‘wonky funk’) but does especially so with this release. Saturn seamlessly blends the many influences in Nao’s life, from studying jazz vocals at the prestigious Guildhall School of Music, to the period spent exploring London’s electronic underground, to her first trip to Japan. “I think my music is the sum of my life as a music student, a music fan and a sister to lots of brothers and sisters who played music 24/7. There are definitely elements of my jazz training in my music but also the RnB, pop, garage, funk and gospel I had around me as a child.” 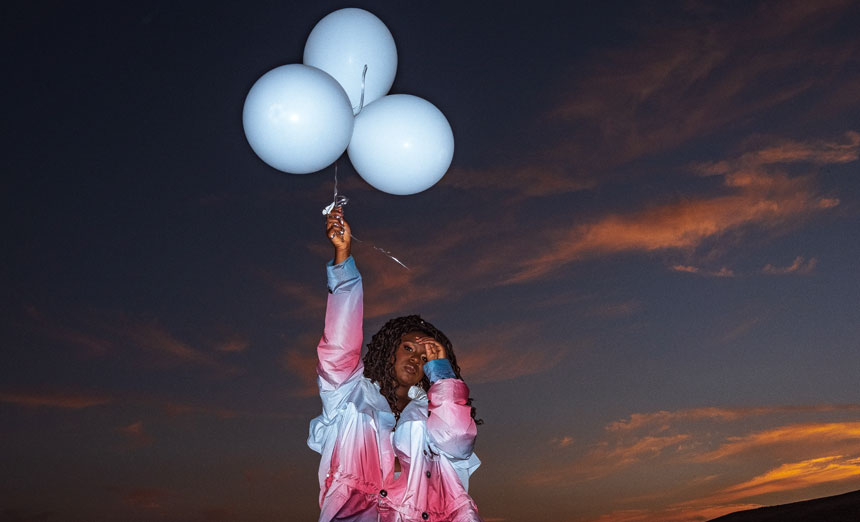 Just as Saturn unfailingly completes its orbit, Nao’s return to Tokyo feels more like an artistic homecoming than a debut. “It feels amazing to be bringing my music to Japan. It’s a country I fell in love with,” she tells Metropolis. The singer formed her own record label, Little Tokyo, in 2014, after visiting the city. “My label was named after a small whisky bar I visited in Tokyo. It was a tiny space that only held 5 people and the barman was also a DJ who had a whole wall of rare and colourful soul records behind him. As he poured whisky he also pulled the records off the shelves and played them. They were all brilliant, musical and nothing I’d heard before. It is one of my fondest memories and that sense of every single record being a special item to be savoured. I wanted that to carry that spirit into my record label.”

Released in late October, Saturn is an aural treat from start to finish. The album is dramatic and bold, with luscious expansive harmonies and enough lyrical and musical edge to sink your teeth into and keep your attention throughout its narrative journey. The “Saturn return” is an ambiguous concept, simultaneously ominous and hopeful, and Nao does not shy away from complexity. Her deft musical storytelling sets Saturn apart. The haunting RnB single “Make it Out Alive,” is a dark night of the soul where Nao has fallen. “Too deep, too deep to get outta here, House burnt down, burnt down to the fucking ground, I don’t even care now if I make it out.” It’s one example of emotional low points in her songwriting. However, ultimately, the album’s message is one of a light in the darkness, islands of ecstasy in turbulent seas. One such island is the playful “Love Supreme” which features some Japanese language. The voice of, presumably, a Japanese astrologist, explains the weighty significance of Saturn and advises us to “give up on impossible things.”

Nao, then, turns her focus to necessary pain and letting go of things that no longer serve you. “I would maybe say I try to cover both the light and dark of life in my songs,” she explains. “And even when I’m singing about pain or change, it’s often in the context of coming through the other side a better person. I’m often singing to myself or my younger self as a kind of therapy. Saying everything might be difficult, but it will be OK.” 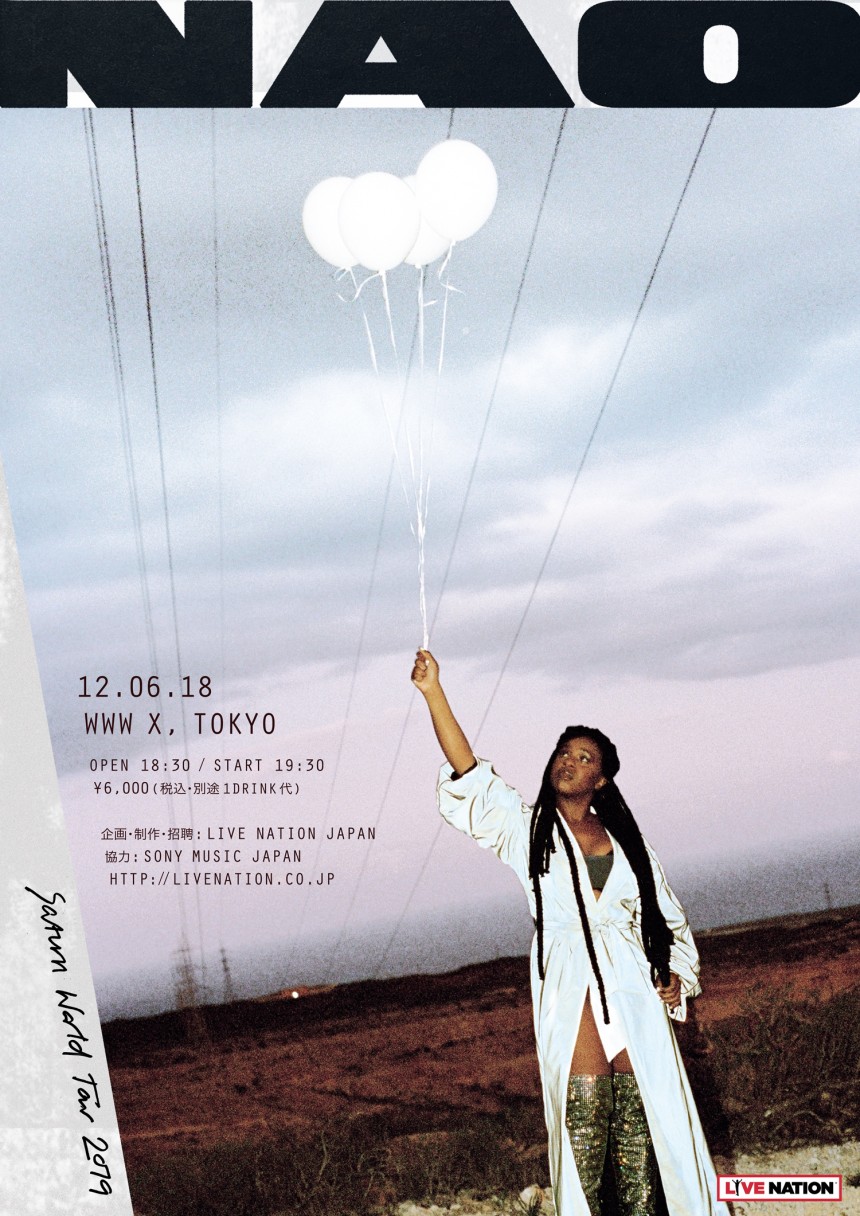 The show at Shibuya’s WWW X on December 6 promises to be a treat, a reveal of how the exceptional vocal talent displayed on Saturn translates to a live show. Nao’s previous releases were known for an unapologetically girlish vocal style that wouldn’t have been out of place on an idol stage in Akihabara (only with exponentially more skill). This sweetness remains in Saturn, as a starting point for showcasing the remarkable versatility of her vocal instrument. On the flirtatious funky “Gabriel” she effortlessly descends two octaves and on “Orbit,” the expansive centerpiece of the album, she executes some splendid Gospel-esque runs.

It’ll be interesting to see how she will navigate the lexical tension surrounding her artist name in a Japanese context (it’s pronounced “Nay-oh”, by the way, not “Nah-oh” like the Japanese girl’s name or that Softbank robot). There are more things for the ever-curious Nao to discover on her return to a city that has clearly delighted her.

Tokyo needs pop stars like Nao. So many Japanese singers are airbrushed 2D mirages, impossibly young, easy to digest — but ultimately, hollow. Nao is more of a Velveteen Rabbit; painfully, beautifully real. Saturn shows not only her exceptional talent but her warmth and humanity, with themes of loss and rebirth that are universally relatable, whether you are currently going through your “Saturn return” or not. A message from the artist to her Japan based fans: “Thank you, I love you and I’m just over the moon you’ve found my music all those miles away! Please come to the show and say hello.”

Reserve your tickets through Metropolis: