From mouth-watering meals to the sights and sounds of a seemingly bygone era, Osaka is a melting pot of culture simply oozing with charm. Although Japan’s third-largest city behind Tokyo and Yokohama, Osaka could not feel more unique when compared to its more populated neighbours. A bustling neon hub that in the best way possible, has remained unapologetically true to itself.

Just under three hours from Tokyo via shinkansen, Osaka has something for everyone. From amusement parks and ancient castles to seemingly endless shotengai shopping strips and themed bars, whether you’re a foodie, thrill seeker, or just in search of some photogenic sightseeing, this city has got you covered.

The first stop on many Osaka itineraries is the world-famous Universal Studios Japan. With its own Universal-City train station only a five-minute walk from the front gate, access to the park via train could not be easier. But being incredibly popular with both locals and tourists alike, it’s best to get there early and on a weekday if possible for your best chance to avoid the crowds.

Regularly updated with new attractions, Universal Studios has experiences built around many of your favourite franchises. From classics like Harry Potter and Jurassic Park, to the more recent Super Nintendo World, which thrusts you into a life-sized Super Mario level complete with augmented reality Mario Kart, the innovation and detail spread throughout the park is something to behold. 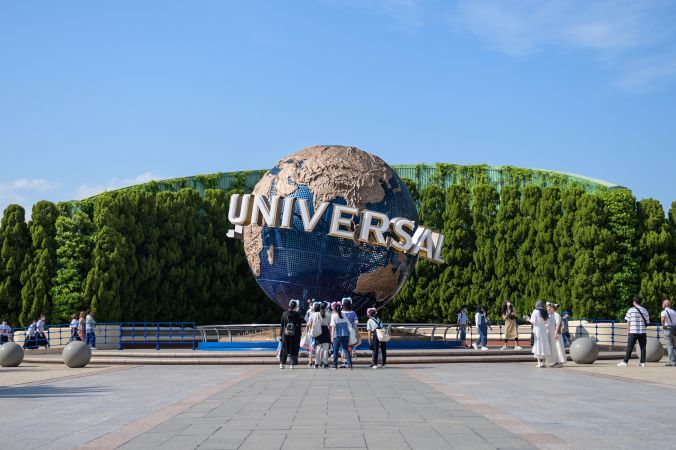 Seen as the central hub of the city, the Dotonbori area welcomes visitors with streets of bright lights and colorful livery. Brimming with bars and restaurants, Dotonbori is the place to go when hunger strikes and is the perfect showcase for traditional Osaka cuisine.

From hearty ramen and okonomiyaki, to the ever-popular takoyaki and crab, the food here is about function over form. Portions are often big, if it can be fried it likely will be, and restaurant staff will serve it up with a smile.

It is also here that you’ll find the famous Glico Man. First installed as an advertisement for Glico candy in 1935, the Glico Man has been updated many times since and now stands as a twenty-meter-tall LED billboard illuminating the Dotonbori Canal.

A short walk from Dotonbori is America-Mura, a vibrant area bursting with street art, fashion and pop culture. Translating to America-Town, this corner of Osaka offers everything from hole-in-the-wall galleries and thrift stores, to the multi-level complex Big Step, home to an enormous gachapon hall, a vintage record store and a pinball arcade, Silver Ball Planet.

Crammed wall to wall with vintage pinball machines, to visit Silver Ball Planet is to travel back in time. Fill your pocket with 100 yen coins, grab a glass bottle of Coca Cola from the vending machine and chase high scores on an Indiana Jones machine while soaking up the nostalgia. 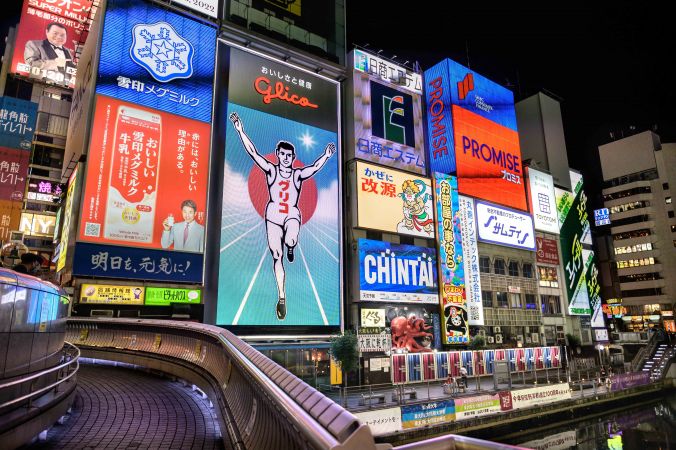 For those keen on getting to know Osaka from above, there’s no better view than the one from Tsutenkaku Tower. Affectionately referred to as the Eiffel Tower of Osaka, the tower is located in the district of Shinsekai, an area littered with Showa-era gaming arcades and restaurants, and also within walking distance of Dotonbori.

But in true Osaka style, Tsutenkaku Tower provides more than just a great view of the city skyline. Entering through the base of the tower, visitors can head to the observation deck, which is divided into two levels: A standard viewing area and a disco-lit platform complete with thumping dance music. But it doesn’t end there.

Another option is the slide. A 60-metre-long tube with a ceiling that alternates between glass and neon lighting, sending riders hurtling down the outside of the tower and into the basement floor below in approximately 10 seconds flat.

While occasional shrines and temples can be found throughout Osaka, if you’re looking for the most spectacular examples of architecture and history, Osaka Castle and Namba Yasaka Shrine are a pair of must-see spots.

Protected by a water-filled moat and fortifications of stone, Osaka Castle rises above its surrounding park grounds as though on an enormous pedestal. Having been rebuilt and reconstructed numerous times throughout its history due to war time damages and fire, today the castle is somewhat modernised, and even features elevator access.

Although less visible than Osaka Castle, Namba Yasaka Shrine is also incredible in its own right, mainly due to the inclusion of 12-metre-tall stage in the shape of a lion’s head. Believed to swallow evil spirits while bringing about good luck, the enormous lion brings a unique and somewhat retro feel to the traditional shrine experience. 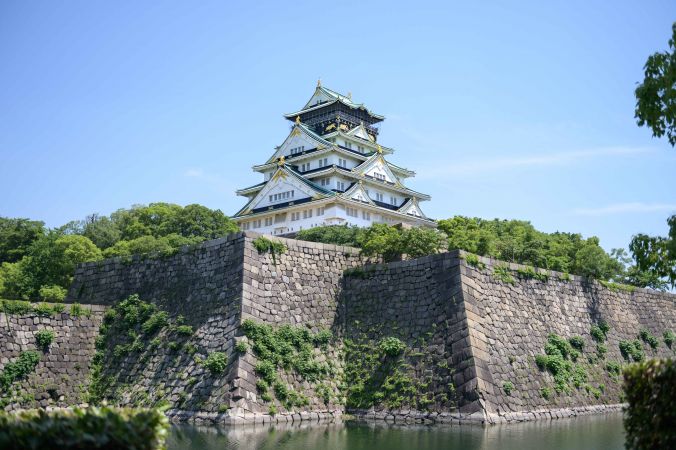 Go with the Flow

But beyond the usual checklist of must-see spots, it must be said that Osaka is a place in which simple exploration can yield some of the greatest experiences. Of course, for those who enjoy a neatly planned trip, there’s more than enough to leave your itinerary bursting at the seams, but Osaka is also a lot more than a series of tourist attractions.

The thing with Osaka is that a lot of the city’s charm can only be appreciated by immersing yourself in it. Osaka is what you make it. Arrive ready to explore and edge out of your comfort zone and you’re guaranteed to be rewarded.

If you feel yourself drawn down a vintage shotengai, allow yourself to go. Follow the electronic sounds of a retro arcade and sit down in front of a game that you’ve never even heard of. Try every bit of street food that catches your eye. Get lost in this city.

It’s these little moments, along with the big ones, that make Osaka a place worth visiting.