A Midsummer Night’s Dream in Tokyo

The International Theater Company London, also known in Europe as The New Theater, will come to Japan this May for its 46th theatrical tour in Japan, presenting Shakespeare’s “A Midsummer Night’s Dream.”

The performance will be open to the general public on May 15, at the Akasaka Community Center theater, organized by StagePlay Japan. The play is performed in English with Japanese subtitles. It is directed by Paul Stebbings, who in 2013 was appointed as a Member of the Order of the British Empire (MBE) by Queen Elizabeth for promoting British Culture in Asia, and Metropolis spoke with him about this coming performance.

Metropolis: Your company has been coming to Japan since the early 90s. Tell us a little bit about what keeps bringing you here.

Paul Stebbings: We have always been travelling players, influenced by styles and theories of theater that are not British or even restricted to one country. In an increasingly nationalist and divisive world, we think this idea is even more important than when we first came to Japan all those years ago. There is so much to learn and enjoy from Asian culture, our work is an exchange like theater itself, it is nothing without its audience. Art is universal and affirms our common humanity.

M: Why do you think Shakespeare productions are so popular in Japan?

PS: Shakespeare is THE universal artist. His work is increasingly popular worldwide and very modern in his themes and ideas, for example: in his balanced treatment of men and women. Also, Japan has a strong tradition of ghosts, magic and with its imperial heritage and institutions is close to the world that Shakespeare knew. In many ways a Japanese audience, with its knowledge and love of samurai and the stories of kabuki, may be a better prepared audience than a modern British one.

M: Is there anything you take in from Japan that adds to your direction?

PS: I am a great fan of kabuki. I think it gives us a taste of what Shakespeare’s own theater may have been like — popular theatrical poetry. 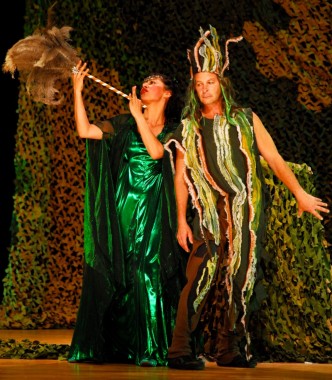 M: Going into this cultural exchange and your MBE appointment: What do you think is the importance or benefit of sharing your culture with the world?

PS: I think the best British culture is very open to the world (which is why Brexit is such a disaster and frankly not truly British). I hope that we can build bridges, especially through the wonderful live experience of theater. I am British but also a citizen of the world. Beethoven and kabuki are part of my heritage, just as Shakespeare belongs to you all.

M: How many countries has this production travelled to?

PS: I have no idea. Maybe 40? It has been performed in a large Berlin theater, a Pacific resort in Costa Rica, in a ruined abbey in Norway, in Singapore and the Victorian theater on the Isle of Man, in Munich and Prague, in Beijing and Kyoto. It has even been translated into Mandarin and performed in Shanghai (where I directed).

M: In order to do that, you have a small and very skilled troupe. Could you tell us how you are able to perform a 20-character play with only six actors?

PS: We know Shakespeare doubled characters, there are always more roles in his plays than there were actors on his payroll. That is why in “King Lear” the Fool never meets Cordelia, or in “A Midsummer Night’s Dream” Titania and Oberon never meet Theseus and Hippolyta. Also having actors only playing small roles creates negative energy in a group and hierarchies. All our actors are working hard in an ensemble. This creates a great energy. And the audience enjoys doubling as it exposes virtuoso performing. 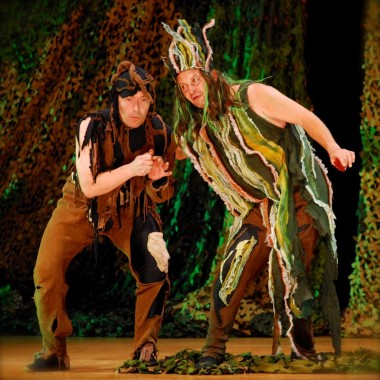 M: What else is new about your version of “A Midsummer Night’s Dream?”

PS: Our public will particularly enjoy the very beautiful musical score by Paul Flush, which is sung and played by the actors who are frankly marvelous singers (the best we ever had in this production) and several of which also play violin.

M: In directing this production, what was your best decision that paid off?

PS: I think including music was very important and one good series of jokes: When we use placards. It happened one day in rehearsal and we have used it ever since.

M: Has there been any mistakes?

PS: It’s my job not to make mistakes that anyone notices!  So, my errors are secret!

Primordial horrors of a fertile mind. An armored humanoid on a mysterious mission descends ever deeper into a rusty, post-apocalyptic world, a labyrinth of monstrosities, grime, blood, suffering and unspeakable violence. Stop-motion animation master/pioneer Phil Tippett, whose credits include two…