Following a two-year hiatus, Tokyo Game Show re-opens to the public later this month. Held at Makuhari Messe, and running from September 15-18, it will be open to the general public on Saturday the 17 and Sunday 18.

Tokyo Game Show (TGS) is one of the longest-running and largest video game conventions in the world. Held in one form or another since 1996, it’s a showcase for the latest innovations in an industry that is expected to generate revenue of over $200bn in 2022.

Few conventions can rival TGS in size. 262,076 punters attended in 2019, with 655 exhibitors on hand for the last in-person event before a shift to an online-only exhibition the following year, and an industry-only hybrid show in 2021.

Above all else, TGS is a unique opportunity for the general public to get their hands on games well before their general release and makes for an exciting and jam-packed day out.

This year’s headline attendees include Square-Enix who will, as always, have a sizable presence. On the slate this year is the long-requested Crisis Core remake, Crisis Core: Final Fantasy VII Reunion, as well as action-RPG Forspoken, both of which will be playable. Unfortunately, Final Fantasy XVI won’t have a playable demo, but we will likely be treated to new footage in Square Enix’s Mega Theater.

Street Fighter VI will be playable at Capcom, as will the recently-announced VR mode for Resident Evil Village. This is notable as it will be the first opportunity for the public to try Sony’s PlayStation VR 2 headset, which will be available in early 2023. Sony has promised a slew of improvements over the original model, and it looks set to be one of the most sought-after gadgets of next year. 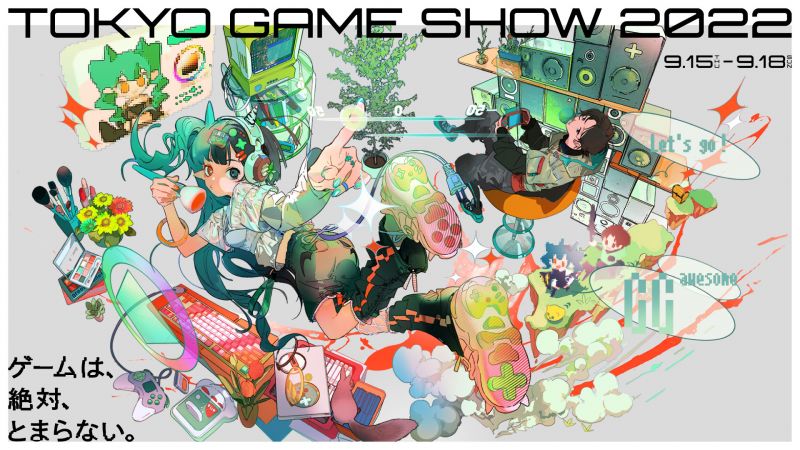 There is still some uncertainty regarding how much of a presence PlayStation will have on the show floor, but they’ll be there in some form or another. Microsoft is set to return following an absence of several years, with SEGA, Koei Tecmo and Bandai Namco all present and accounted for. While Nintendo doesn’t attend TGS, and hasn’t for many years, there’ll be no shortage of Switches running third-party-developed games.

Hands-on demos in the main halls always attract the crowds. While there were considerable and successful efforts to alleviate lines in 2018 and 2019, you should be prepared for a long wait if you want to play any of the headline games. Make sure you plan ahead so you can make a beeline for the demos that you are most interested in.

If you’re looking for something a little different, and less crowded, you can head over to the Indie Game Area which will be stacked full of offerings from smaller, but no less interesting studios. If you’re lucky, you might just catch the next big indie hit before it blows up worldwide, and even have a chat with the developers. There will also be dedicated areas for smartphone games, as well as VR and AR.

And there’s plenty more to enjoy, once you’ve had your fill of playable demos. You can expect a variety of stage shows, as well as e-sport competitions and celebrity appearances. Unfortunately, there won’t be a cosplay area this year, so you’ll have to leave your Mario dungarees at home.

Come the end of the day, you can head over to the merchandise area for some retail therapy. Whether you’re looking for a T-shirt or a toaster brandishing the name of your favorite game, the merch hall will likely have you covered.

For those of you who would prefer to avoid the crowds, you can partake in the TGS experience from the comfort of your own home. A packed streaming schedule has already been announced, and you can expect reveals, previews and interviews from a wide variety of developers and publishers.

Tickets are now on sale for Saturday 17 and Sunday 18, and must be purchased in advance. They are available from your usual ticketing merchants, as well as via the TGS website. Day tickets will cost you ¥2,300, with doors opening at 10. Children of elementary school age and under may not attend and masks will be required at all times inside the venue.