As a founding member of UK indie band The xx, many of Oliver Sim’s most formative years were spent touring, writing and performing. Opening up in his songwriting, he says, has always come easier to him than in day-to-day conversation. After 18 years with The xx, Sim released his debut solo album Hideous Bastard this month—the production of which he says has been a cathartic experience for him. It has allowed him to build new relationships, strengthen existing ones and speak openly about his positive HIV diagnosis—one that he has kept largely private for over 15 years. Sim spent over two years writing and recording the album, a period of time that saw him learn to become more open and free himself from the fear and shame he’s carried with him for nearly half of his life.

Metropolis: You started writing the album over two years ago. What was it that prompted you to start working on the solo album after over 10 years of success with The xx? 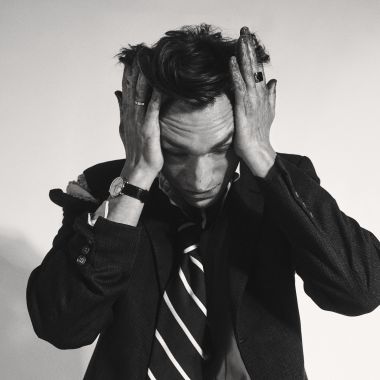 Oliver Sim: I’m very happy, I’m in one of my favorite bands with my two best friends, so it hasn’t been a longstanding dream of mine. We made the last band record off the back of Jamie doing his first solo record, and he learned so much—he had so many new ideas and new ways of working and collaborating with other people—that it just made that band record so much better. You could hear his identity and it was like an evolution. I think that was the beginning of both Romy and I thinking maybe this is something we should do, if anything just in aid of the band. I wasn’t necessarily thinking about a record, and I started writing music with Jamie not knowing what it was going to be for. But he was the first person who said I think you should make a record. I didn’t think I had the nerve, I didn’t think I had enough of a voice of my own. But him saying that gave me a lot of confidence. It also gave me permission because he is my bandmate.

A lot of the album centers on the themes of shame, fear and masculinity. Was that a conscious decision? Or is that something that came naturally throughout the writing process?

Those themes I only realized after writing four or five songs and piecing it together, and I think it’s a good indication of where I was at. This was three years ago and only in recent years have I reached a point with those feelings of fear and shame. My way of navigating them has just been to hide the things that I feel uncomfortable with about myself, and in recent years I’ve realized that doesn’t work. Shame, in particular, thrives on secrecy and being concealed. I was at a point in my life where I started being a bit more open and it made its way into the music. Songwriting is so much easier than a conversation. Nothing is harder than a back and forth, and nothing is harder than eye contact. Songwriting isn’t a conversation, there is no back and forth. It’s a conversation with yourself, but you’re not in the room when somebody listens to it, there’s nothing confrontational about it. So it was a lot easier for me to start opening up in songwriting than it was in my day-to-day life. That was the beginning of me being a bit more visible.

The lead single, “Hideous”, is your first time speaking publicly about your positive HIV status. You’ve been living with HIV for almost half of your life—why did you choose now to start speaking about it publicly?

I found out my diagnosis when I was 17, and you know, I was a kid. My way of coping with it has been control. I know exactly who I’ve told, and if they’ve told somebody else, and that’s how I’ve navigated it for most of my adult life. For me, personally, it hasn’t been working. I haven’t been controlling it, it’s been controlling me. And my initial decision to do it was just such a hit the ‘fuck it’ button; I’m going to throw it out into the world and I’m going to be done with it. But the first person that I played the song to was Jamie, the second person was my mom, and my mom is a mom, she’s very protective and she knows me well, and she was like, this feels a bit drastic. Because she knew where I was at in my life. I would say most of the key people in my life knew about my status, but some people didn’t. Some people I’d maybe only told one time, and then just been like okay, we don’t talk about that now, that’s done. And she said, okay, maybe baby steps first, start having those conversations and see how that makes you feel first. Which was great advice from my mom, but exactly what I didn’t want to hear. Like I said, conversations are much harder, but I did have them. The first ones were very uncomfortable and felt very heavy, but each one I had felt progressively less uncomfortable. Then I started working my way further and further out of my inner circle of people, and by the time I released the song it didn’t feel like an impulsive thing; it didn’t feel dramatic.

That process must have been really cathartic.

Making the music has been cathartic, but it’s everything else around the music that has really—at the risk of sounding very American—it’s where a lot of the healing has happened. When I’m left with my own thoughts, my perspective of the world and of myself can get way out of whack. But just saying something out loud in company can give you perspective. And my intention of sharing stuff that I haven’t liked about myself hasn’t been to beat myself up or to make myself feel any worse—but the opposite. When you share something, it opens up a dialogue and my relationships are so much better, people are a lot more open with me. Even this interview is cathartic. We’ve just met, speaking like this would have been impossible three years ago. I just wouldn’t have been able to do it. Noticing things like that is really nice, because it has been gradual over a few years.

You said elsewhere that part of the writing process for this album was about mentally separating your sexuality and the stigma associated with HIV. Can you elaborate a little bit on that?

Yeah, I think getting my status at the age that I was, you know, at 17 you’re kind of just stepping out into the world for the first time, and you’re still forming, you’re still figuring out who you are. That was an age where I was just opening the doors; I was starting to be a bit more outwards and stepping out into the world, and for it to happen at that age, it scared me, it made me super scared of the world outside, but it also married itself to parts of me. I was just starting to be open with my sexuality, and now suddenly my sexuality is something to be scared of or something that could do me harm. It’s taken a long time to start unpicking that.

Jimmy Somerville features on three tracks on the album, as well as the Hideous video clip and the short film. Can you tell me more about how that relationship developed?

A big objective of this record has been, I need to make some new friends. Not because Romy and Jamie aren’t enough, I love them. But having my two best friends as my two collaborators has given me a reason not to meet anyone else. So I made an effort to reach out to artists that I admired, with no real intention other than, like, be my mate. I reached out to him like a complete fanboy, like: Hi Mr. Somerville, my name is Oliver, I’m in a band, I’m a big fan, how are you doing? There were so many reasons I wanted to work with him. I think he has one of my favorite voices of all time. He represents so much for not only HIV and AIDS, not only for queer people, but for people that just feel a bit ‘other’, and I also wanted a bit of his fearlessness. He’s spoken so bravely over four decades about stuff that people didn’t really want to talk about in the 80s. I’ve gotten to know him and he’s not fearless. He’s full of fear, which makes everything he’s done so much more meaningful. And it hasn’t been easy for him but he’s still done it.

I read that Jimmy told you not to take yourself too seriously. What about that resonated with you?

He’s never explicitly said that to me, but just in the way that he is able to be playful about himself and about the world, I think is very important. Especially when I’m coming to him about a song, about shame, HIV, you know, I was maybe at a point where I was taking myself very seriously, and when I am taking myself very seriously, everything just seems so overwhelming. So scary. A lot of my new friends that I’ve made are people that have been through heavy stuff but have retained a sense of humor, and I think that is the best way to deal with the world and to deal with yourself.

Releasing new music is always intimidating, I imagine even more so with such a deeply personal album. The album’s set to release in September. What’s your mindset at the moment ahead of its release?

I feel very impatient. Because I’ve been working on this for a few years, and like I said, being left with my own thoughts: dangerous. I just kind of want it out of the world. Though I feel impatient, I feel very scared, but with that there’s excitement. There are just so many feelings that remind me of the first band record we did, which is scary, but it is nice to reconnect with those feelings because I didn’t think I’d be in a position to feel this again.

Along with the September 9 release of Hideous Bastard, Sim has released a collaboration with the Japanese fashion label BEAMS, which you can check out at BEAMS HARAJUKU and online. 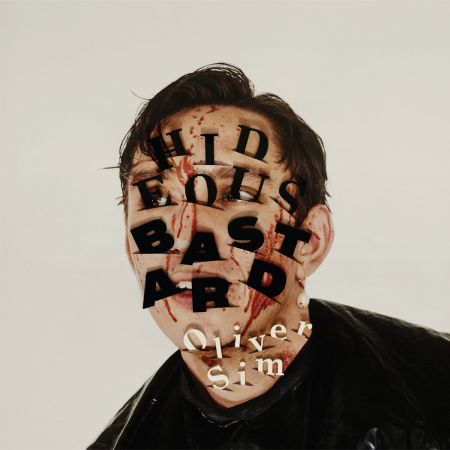