“Anima” meaning “soul” in Latin is one of photographer/writer Andrea Fazzari’s favorite words. Sounding light and musical it describes something intangible yet powerful but also reflects many of the meals she’s had in Japan which have touched her soul. “I struggle to enjoy a meal as much as I do as when I’m in Japan,” says Fazzari. “This is because I have a very high appreciation for detail; it’s one of the things I really identify with about Japanese culture, the precision, the detail and the beauty in the small things. I think there’s a lot of subtlety in Japan and I love when things reveal themselves slowly and the discovery process is slow.” The New Yorker had been enchanted with Japan ever since visiting family living in Tokyo 18 years ago before finally realizing her dream and moving to the city herself. Having spent years as an acclaimed travel photographer with a particular enthusiasm for food culture-based assignments, she began her Tokyo adventures by asking chefs at some of the restaurants she dined at if she could return to photograph them for her own pleasure. She posted these photos on Instagram. Over the years this has evolved into her book; Tokyo New Wave: 31 Chefs Defining Japan’s Next Generation 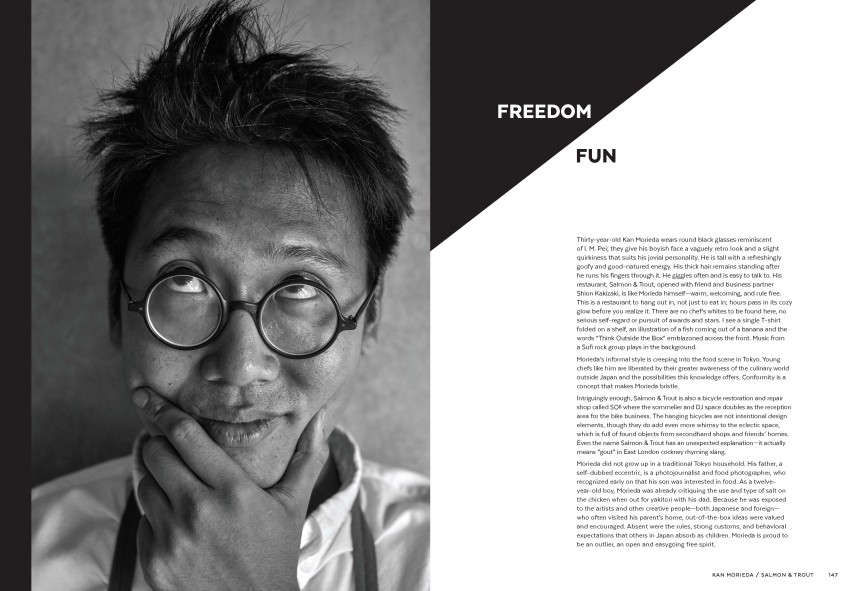 As author, photographer and co-designer, the book is a real labor of love. Everything in the book is her choice; which chefs are featured, how they were photographed and the recipes that are included. But it represents more than just an overview of them, their restaurants and their food. “I wanted to show these chefs (30 men and one woman between the ages of 29 and 45) in a way that is not typical, especially for Japan. So many foreigners … think of Japan in a very mysterious light, it’s hard to (get) access, they feel people are cold, they feel it is very cryptic, no-one understands anything, it’s this big mystery” she says “but at the same time I have been touched by the warmth that I have encountered and in many ways the experience that I have been having in Tokyo is not at all like the stereotype.”

The closeness of the relationships that Fazzari has managed to forge with the chefs emanates from every page, beautifully and stylishly presenting an insight that is very rarely seen in this context. “[The stories] are very personal and sort of esoteric observations about the chefs which are very revelatory also … these are not things that you would really learn about the chefs when you eat at their restaurants so I think that’s very refreshing and unique.” There was no set plan for the project, choosing instead to approach it in a free-flowing manner.

Sometimes chefs introduced her to other chefs, sometimes her friends contacted them in Japanese on her behalf and other times she tried herself using her multilingual skills (she speaks French, Spanish and Italian). She would begin by looking at the interview information she’d gathered to get a sense of who they were (which included questions such as Who would you like to sit down and share a meal with?–Andreas own answer’s incidentally are her grandparents and great-grandparents, Luchino Visconti, Emperor Meiji, Paco de Lucia and Sonia Gandhi) and then after coming up with ideas based on some the things they’d said, approach them again to see how feasible some of the ideas were. However there were some challenges that are inherent to dealing with people in life–some chefs did become uncomfortable when it came to asking to take photos in their personal life. But since this was an important part of her vision for the book she decided to part ways with those particular individuals, as well as those that she didn’t click with upon initially meeting. As she emphatically states “first and foremost is personality,” and surprisingly it was only a few that said no. 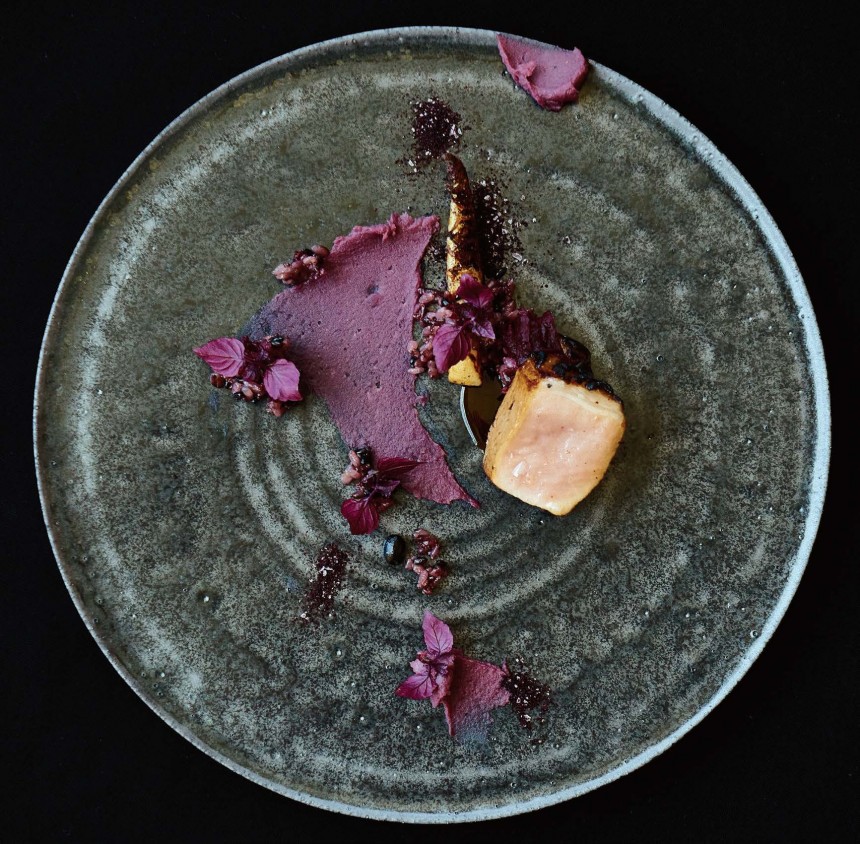 Deepening the connection between the reader and the individuals involved are gorgeous double-page photographs of a particular abstract object or scene, serving to showcase Tokyo itself and introducing each chef in a visually engaging way. This also gives the book some rhythm, allowing the reader time to pause and appreciate each chapter in detail. The recipes themselves have also been carefully curated by Fazzari, based on what she knew of each chef’s work or had personally tried. All photographed on location and lavishly presented throughout the book, some of the dishes are quite specialized and not easy to make but Fazzari makes it clear, however, that this is not a ranking book or a book of favorites, “In many ways it’s an anthropological book because it’s food … as a way of understanding Tokyo and Japan.”

A follow-up is already in the works although the details have yet to be finalized. It will, however, probably remain Japan focused “[Japan is] different but in a familiar kind of way. I know it sounds funny, and who knows if there are previous lives, but it’s possible maybe once, one day or in a previous life I was Japanese. I feel very comfortable in Japan and Tokyo specifically.”